How to Wash Your Car Like a Pro Without Leaving Home 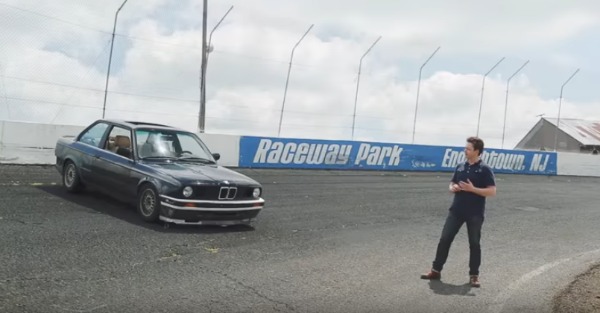 The guys at /Drive want to build a car that can do it all from track days to rock crawling, and they are starting with a piece of junk by their own admission. Just like every time we have come home with a ratty car, the first thing is to clean it out, and do a shakedown to see just what you have gotten yourself into.

Once they were able to get a better look at their cheap E30 BMW 325is, they discovered a tell-tale sign of a bad build: Cut springs. After the shakedown, however, they were happy with their purchase. After some playing around and a touch of competition between the two hosts, it is clear that the first thing they need to address is that suspension. The car bounces all over the track, and if they want it to survive any sort of off-roading, it will need to be a lot more robust.

Related: Skiing behind an E30 BMW looks like the coolest thing ever