After a heavy snow, nothing is quite as annoying as walking back to your car after a long day at work and having to spend several minutes removing snow off your car with a puny ice scraper. But, the folks over at State Line Auto Auction may have just changed the car snow removal game with an invention that will blow your snow pants off.

Using an excavator and some sort of high-powered blower attachment, the Waverly, New York company was able to quickly and effectively clean off its snow-covered cars, which you can see just a preview of in the below video.

Now, while it does look like the machine's high pressure system has the power to blow out a few windows, State Line insists that there haven't been any incidents. Well, at least not that many.

"State Line Auto Auction Inc has on average 6,500 cars under its care, custody, and control at any one time," reads the video's description. "Having plenty of large machinery to plow snow with, they have talked about mechanized car snow removal for decades. We started developing a mechanical way to blow off cars in the year 2010. Our design process went through several iterations before we had what you see here. In the 5 seasons that we have been using this machine, we have damaged a total of two cars. It does not damage cars, it removes snow."

Now, unfortunately, you can't get anything like this machine online, but if you're in the market for quality snow removal equipment, there's plenty of cheaper and still effective alternatives out there. Take the Snow MOOver 39" Extendable Snow Foam Brush and Ice Scraper, for example. 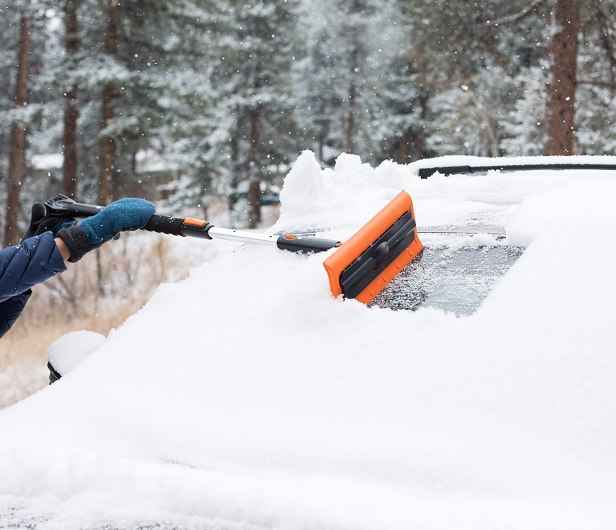 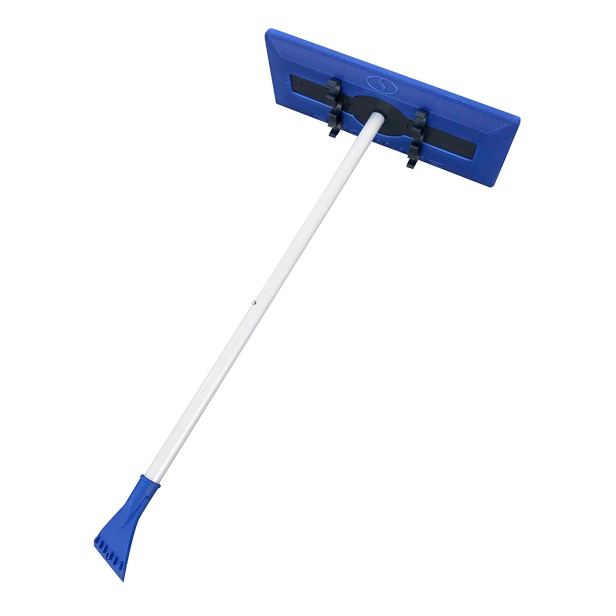 Sure, these tools aren't as badass as the Excavator Snow Blaster 9000, but they'll still get the job done. Of course, there are also a number of snow shovels, snow plows, and snowblowers on the market that are great for clearing snow from your car's path. Especially during this time of year, you'll need all the help you can get.