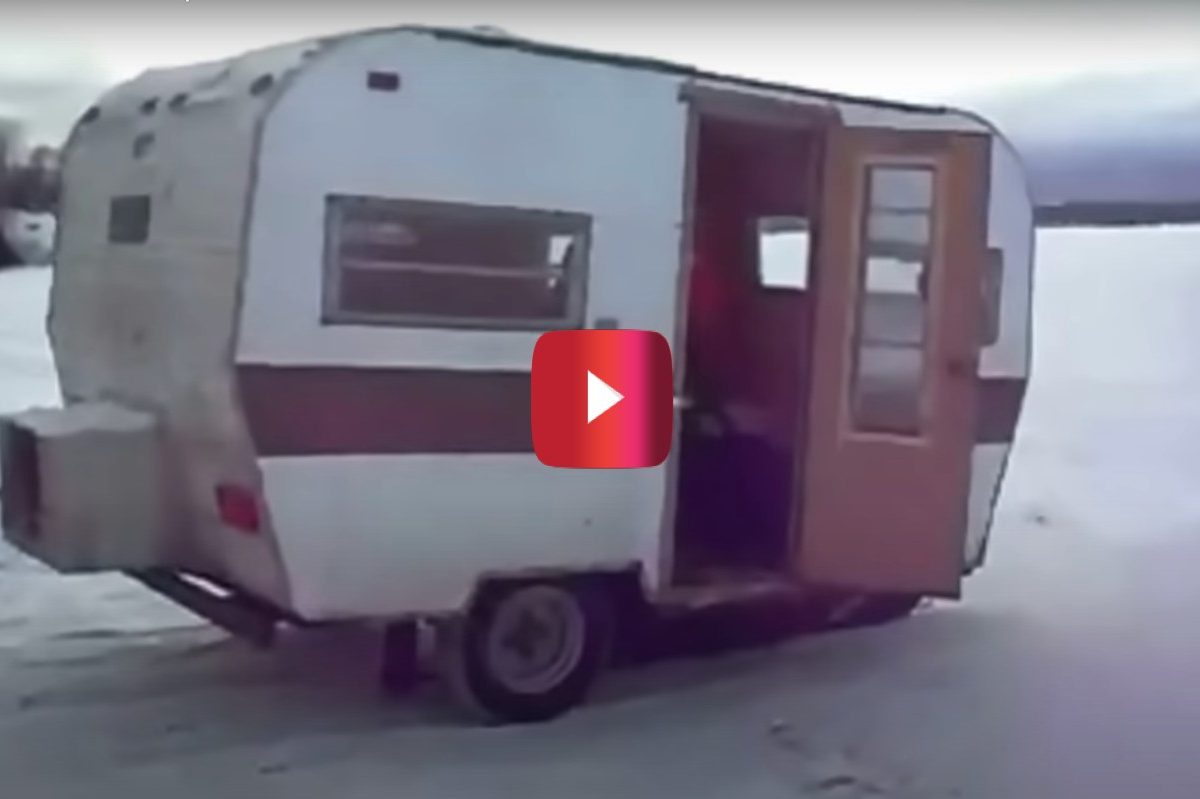 Canada is a very different place from America. Our friends up north have to deal with some extreme snow and cold. Canada gets so cold that their warm season only lasts three months, as opposed to America, where we have closer to five warm months and a nice, easy transition to colder weather in late fall. Canada gets hit with month after month of frigid temperatures and all the snow a person could shovel. As a result, Canadians have learned to make the best of their climate by embracing the snow.

In America, northern states deal with some rough winters, but they are nothing compared to what Canadians go through. Since they are so accustomed to the extremely long winter season and tons of snow, they have created different ways to enjoy all that cold and powder. Some folks play hockey, some own snowmobiles. Very few own the unique rarity that is the Canadian Skidoo Camper.

Straight Chillin’ in a Skidoo Camper

Who says people can’t be comfy up north? The Canadian Skidoo Camper is a camper built specifically to combat Canada’s rough climate. But, how does it work? Simple. It’s an ordinary camper with extraordinary mobile capabilities thanks to the unique way it’s built.

This DIY masterpiece is essentially a camper mounted onto a snowmobile chassis. This camper can zoom around on the snow and lacks any of the comforts of an average camper. A normal camper could never tear up the powder the way this modified camper does. Warm on the inside, tough on the outside: This thing makes the cold and snow enjoyable.

The possibilities are endless. While many vehicles aren’t equipped to handle feet of snow, the Canadian Skidoo Camper is built to turn a tough commute or trip into a wild ride and fun experience. It’s also large enough to fit multiple friends and family members. The Skidoo Camper isn’t useful in warmer climates, but it’s easy to see how this thing could turn a snow day from dull to awesome in an instant. Would you build one of these bad boys if you had to deal with snow regularly?

This article was originally published on August 15th, 2019.