750-HP Shelby F-150 Super Snake Is Anything But Subtle 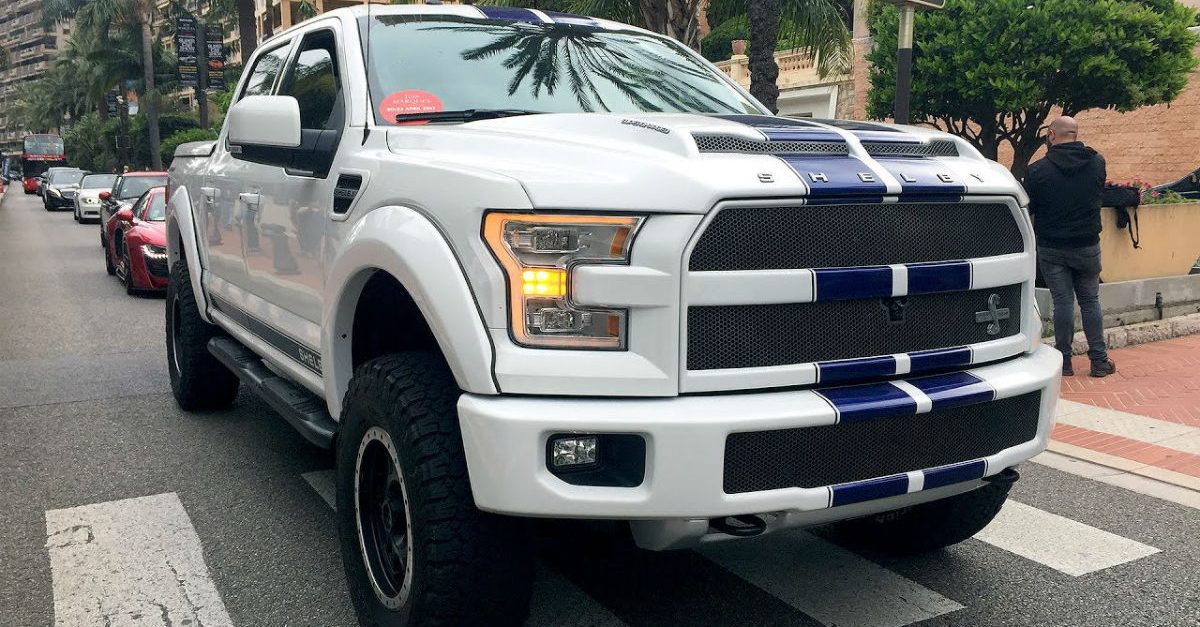 The Shelby American name is well-known for a reason. It’s a name synonymous with muscle, high performance, and one-of-a-kind style. For a time, it was also a name only attached to Mustangs. Now, the engineers at Ford have brought that Shelby brand of speed, torque, and horsepower and put it under the hood of an F-150.

The Shelby F-150 Super Snake, unlike the Ford F-150 Raptor, is designed for on-road use only. Truth be told, you probably wouldn’t want to go off-roading in the Super Snake anyway. This thing is SLEEK. And, it’s no secret that it’s a Shelby product, with Shelby lettering and badging everywhere. You’ve got the name and snake logo prominently displayed on both the grille and tailgate. You’ve got Shelby Snake embroidered headrests. Plus, those full-body rally stripes will mean that folks will see you coming from a mile away. Clearly, they weren’t going the subtle route with this monster.

Shelby collaborated with Ford Performance and Borla on the development of the Super Snake, so you know it’s got top-of-the-line handling. It’s also packed with a 750-horsepower, 5.0-liter supercharged V8 engine. For good measure, Shelby also threw in a new tonneau cover, rear bumper, and interior badging with each purchase, which comes with a three-year/36,000-mile warranty.

Needless to say, Shelby was not messing around with this pickup. As you can see in the below video, it’s an absolute beast on the drag strip, as well.

Read More: The ?Hillbilly Bootlegger? Is an Off-Road Beast With Twin Turbo Engines

Ford F-150 Shelby Super Snakes are available at a number of different locations, and likely at your closest Ford dealer. The 2019 model offered at the Brown Lee Ford dealership, for example, is as stacked as it gets. A 755-hp upgrade, this Super Snake comes with all the standard features. Exterior-wise, you’ve got the Honeycomb racing grille and bumper, recalibrated tire sensors, and a high-quality Shelby speedo recalibrator. Of course, there’s the classic Shelby striping, and everything from the front fender vents and fender flares to the custom rear bumper cladding is decked out with that eye-popping color scheme.

As for the interior, you’ve got the carbon fiber interior package and everything is tricked out in that Shelby badging. From a performance standpoint, there’s the upgraded Billet throttle body and fuel injectors, while the blower and air intake manifold is coated in that Ford racing blue.

Now, that’s just the off-the-lot stuff. If aftermarket tune-ups are your thing, you can always go the BDS suspension or Fox shock system route. But that’s an article for another time…