The Truth Behind the Reliant Robin Rollovers on “Top Gear” 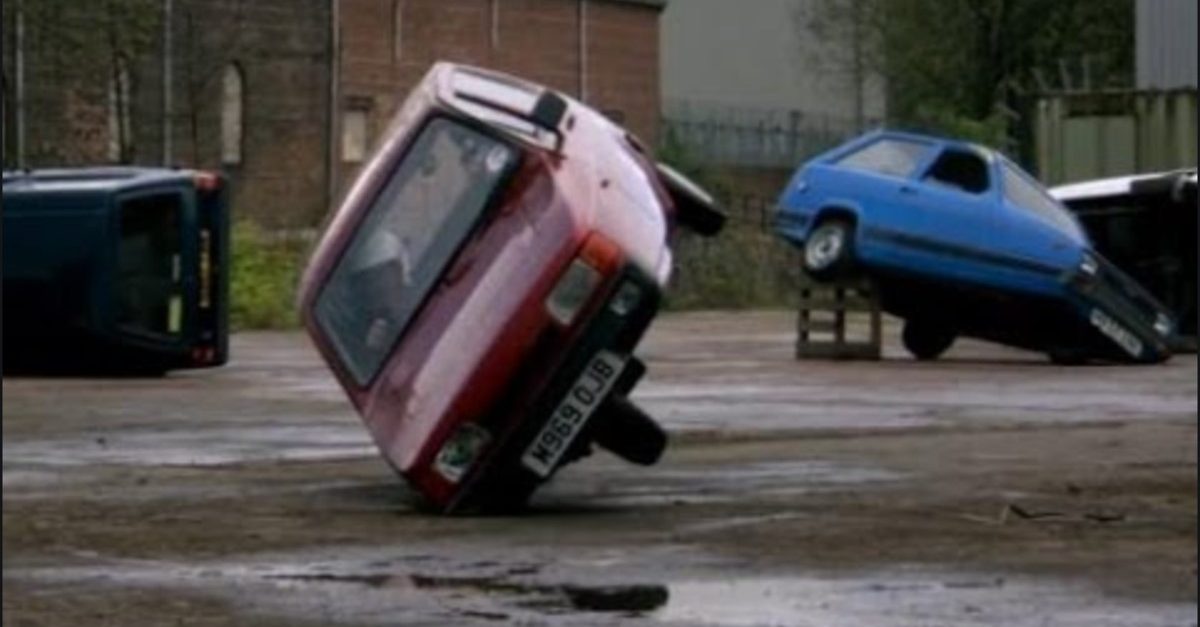 Jeremy Clarkson, Richard Hammond, and James May were the perfect presenters of the Top Gear team. They knew how to make people laugh and did a tremendous job at it. While they did provide folks with some factual information about the cars they reviewed, the show was mainly meant to be entertaining rather than strictly informative. Out of all of BBC’s Top Gear episodes, there was one in particular that was just absolutely hilarious.

The scene where Clarkson takes his three-wheeled Reliant Robin out for a drive will catch you off-guard, and it’s guaranteed to cause some laughs. It seems like Clarkson is just going out for a nice Sunday drive, but the car ends up spending more time on its side rather than its actual wheels. Clarkson flips this car on just about every single time he makes a turn as he drives around Sheffield.

Is this car actually that dangerous, though? How can people possibly drive these cars on the road if they flip that easily? Even The Stig — Top Gear‘s resident racing driver — flips this Robin Reliant as he tries to set a lap time for the three-wheeler. Well, you shouldn’t be surprised to find out that all of this was actually completely staged. I’m sure the safety department at BBC had a fun time with these scenes. Maybe that’s why Clarkson is seen wearing a helmet and a full racing harness while driving the car.

According to what Clarkson wrote in The Sunday Times, “A normal Reliant Robin will not roll unless a drunken rugby team is on hand. Or it’s windy. But in a headlong drive to amuse and entertain, I’d asked the backroom boys to play around with the differential so that the poor little thing rolled over every time I turned the steering wheel.”

I’m sure these sort of manufactured set-ups were not that uncommon on Top Gear. My guess is that a majority of the stunts and funny occurrences on the show were staged as well. But, it does make you think about which parts were actually genuine and which ones were set up. Even though the Clarkson, Hammond, and May are now on Amazon’s The Grand Tour, I would imagine they are running the show in the same type of way. Especially since Top Gear producer Andy Wilman also transitioned to the new production company at Amazon. These sorts of things are necessary if you’re looking to put on an entertaining show.

Even if some parts are staged, there’s no denying that Top Gear was one of the best automotive shows to date. Based on the amount of hilarity that has come out of that show, I’m totally fine with some parts being set up. Without that, it’d just be another dreary, over-informative car docuseries. Now, please excuse me while I go watch this scene one more time of Clarkson skidding a sideways car across the pavement.