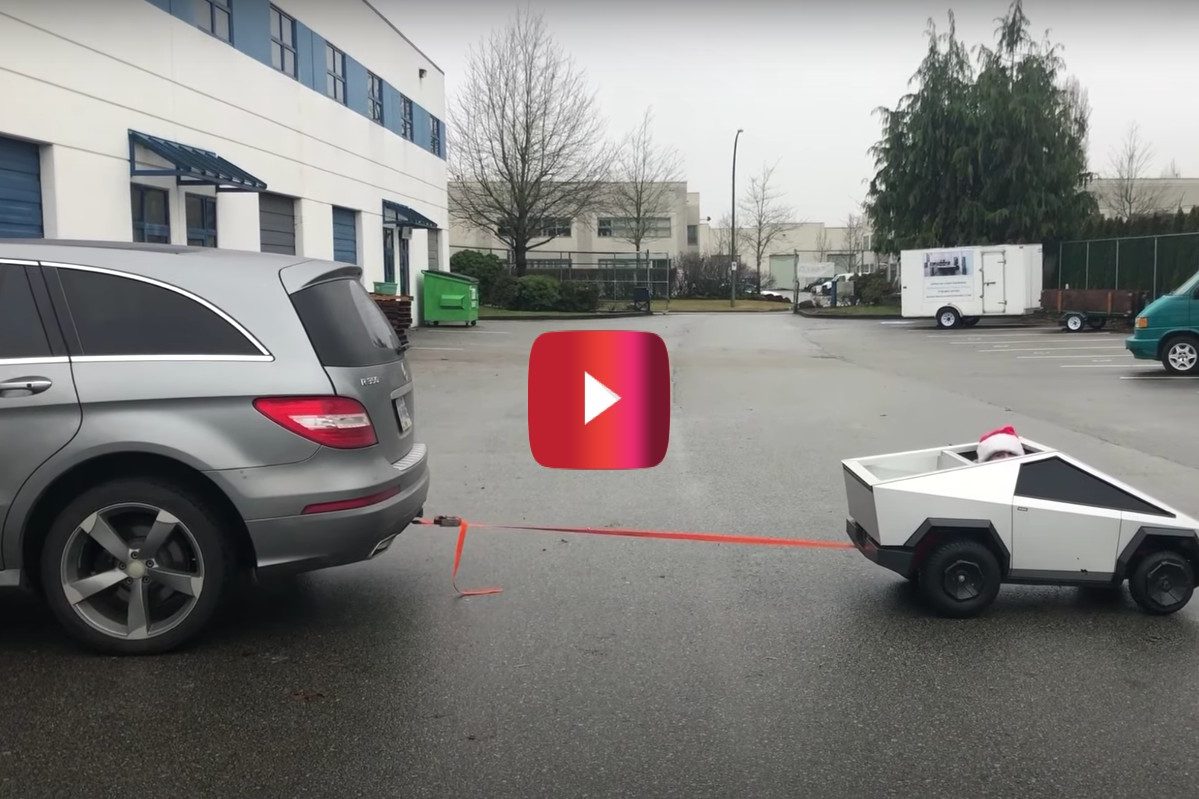 When Tesla CEO Elon Musk officially unveiled the Tesla Cybertruck back on November 21, 2019, he claimed that it would be better at towing and hauling than a Ford F-150. Even after Tesla put out a video of a Cybertruck beating an F-150 in a tug-of-war, folks still weren’t convinced of the electric pickup truck’s towing capacity, given the electric vehicle automaker’s tendency to present slightly skewed test conditions.

So, while we’ll probably never know the true capabilities of Tesla’s Cybertruck until it actually comes out, here’s a look at the towing prowess of a mini Cybertruck, courtesy of a gearhead from out of British Columbia, Canada.

“We built this mini two-door Cybertruck Body on top of my son’s electric Go Cart as a Christmas gift,” the video’s uploader writes in the YouTube description. “JJ could not wait to drive his Christmas gift and his first day of driving his new Cybertruck was December 21st, 2019. He did some test driving on our private property and Jesse James wanted to perform a tug of war against my Mercedes R class. Not knowing what would really happen, I agreed and took this video. We were both surprised when the Mercedes started to roll.”

Ok, so this isn’t actually an electric truck, but still pretty cool to watch. Naturally, since this is the internet and we can’t have nice things, there were a few haters in the YouTube comments, throwing out such criticisms as “Some TWAT in the front pushed it to get it going,” and “I can pull that with my ball sack.” (Really, dude? Can you really?)

Wow. It’s not like this is any sort of legitimate towing display. Just a fun driveway moment between a father and son a couple days before Christmas. If you can’t get onboard with that, then you have a Texas-sized dump in your pants.