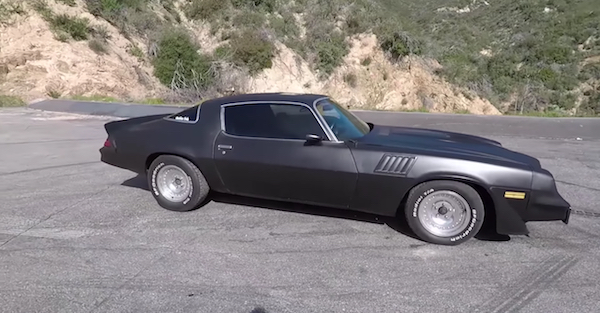 “I don’t have rear brakes.”

“So, they’re physically on the car?”

Matt Farah’s attitude changed a little bit during the above exchange, and it alone makes the video worth a watch. It’s not every day you get to see Farah seriously second guess getting in a car, but Adrian Cisneros’s Camaro restoration project, from the YouTube channel Troll Garage, “felt like it wanted me dead.”

The 1980 Camaro Z/28 is beautiful, and it’s an amazing introduction for Adrian’s journey into car culture, but, damn, it is sketchy. The Camaro takes old-car steering wheel play to the extreme! And it doesn’t have great brakes.

Fortunately, this doesn’t end with Farah starring in his own personal version of the end of a Grindhouse film.

After being eviscerated in the comments, the Camaro owner begs for mercy:

Awful camaro owner begged me to take down video after claiming he was "trolling me" on his channel.
Do I?

Related: A Camaro Zl1 with straight pipes is so loud it started to fall apart