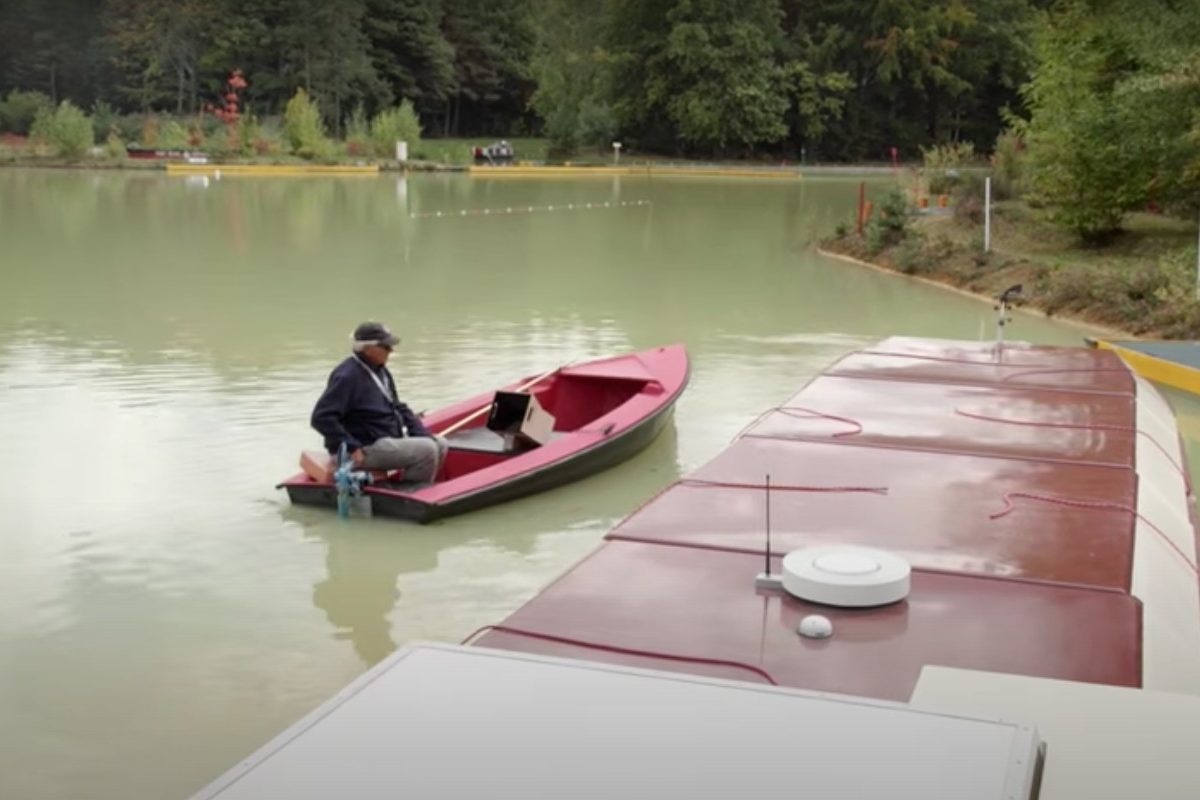 Over in Grenoble, France, a group of ship captains and pilots are learning how to best navigate the complex water ways and rivers that they have to frequently travel up and down. Sure, they may make it look so easy, but as you can probably imagine, this ease behind the wheel doesn’t come without some serious training.

In this video posted by National Geographic, we get a look at how one training center uses mini container ships to teach captains how to safely take their cargo, ship, and crew along their proper course. Just check out these things in action. Pretty cool, right?

Read More: This Video of an Icy ?Ghost Ship? Pulling into a Canal Will Give You Serious Chills

Port Revel Shiphandling Training Center, in operation since 1967, has had more than 6,000 maritime pilots and merchant ship officers from all over the world train on its 13-acre man-made lake. Wind-, wave-, and current-generating machines simulate real-world conditions, to help the pilots learn how to maneuver in shallow waters and deal with emergencies?in safe conditions.

The school recently added its own built-to-scale course of the giant new locks that will open next year to allow the passage of large ships through the Panama Canal. The Panama Canal Pilots Association has made its own training lake but is sending senior pilots and simulator instructors to Port Revel to learn how to teach using manned models. Port Revel has built two large model ships and is sending them along with four radio-controlled tugboats to the Panama Canal training facility.

As one YouTube commenter right puts it, “That’s a big kid’s playground!” If you were to ask any of these pilots, I’m sure that they would tell you that they have a blast sailing around in these things. It definitely has to be a interesting change of pace compared to the massive ships that they usually pilot.