The Fascinating Science Behind Jet Engines 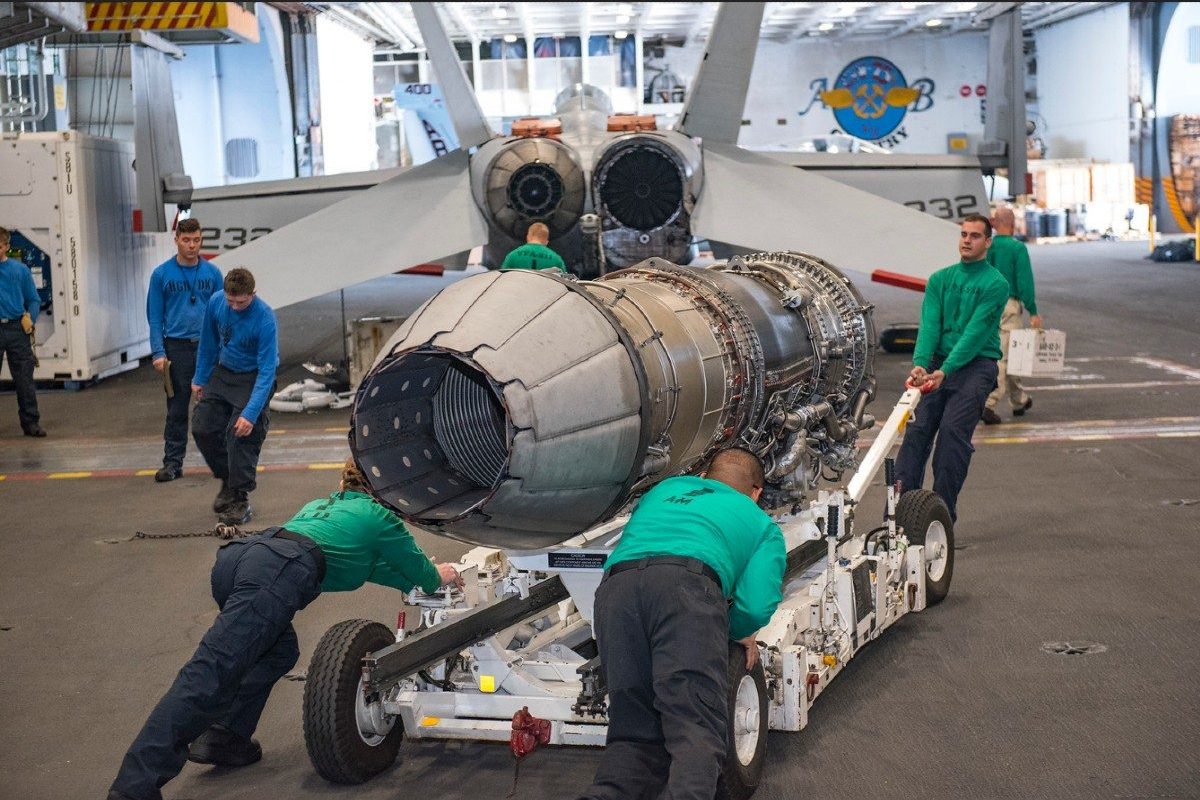 There’s nothing out there that sounds as unique and provides as much power as a jet engine. These things move a serious amount of air through them, and some types of jet engines are even capable of going faster than the speed of sound. They were first invented around 1940 during World War II and, while you’ve seen them used on most airliners, you may not know, or have even though about, how they operate.

Modern jet engines are most commonly used as aircraft engines, because let’s get real, how else are you going to push an Airbus or a Boeing 747 fast enough to generate lift? The basic mechanics behind these engines are not that hard to understand, so let’s check out exactly how a jet engine works.

Gas turbine is essentially the more technical name for jet engines, and it gives a hint as to how the engine works. In a traditional piston engine, the burning mixture of fuel and air is used to push the pistons downward. In a gas turbine engine, it forces the post-combustion hot gas through the turbine blades, causing it to spin.

Jet engines follow Newton’s third law of motion. That is, for every action (force) in nature there is an equal and opposite reaction. With that in mind, it means as the engine fires exhaust gas out of the back of the engine, the plane itself must move forward.

So, here’s what really happens. The typical engine design on the outside normally looks like a long tube, similar to a rocket, but the inside is much more complex than the aerodynamic oval-shaped exterior.

At the front of the engine, incoming air is sucked in and drawn through the giant fan blades. You can see the spinning blades on the front, like when you’re looking at an airplane from the outside. When the air is down in, it slows the speed of the air down by 60 percent. Directly behind that fan is a secondary fan called a compressor. As the compressor runs it through, it increases the pressure of the air by around eight times, which results in higher temperature as well.

The core of the engine behind the compressor is where the combustion chamber (combustor) is housed. Here, kerosene is squirted in from the fuel tanks on the wings and mixed with the high-pressure, high-temperature compressed air before being ignited. This mixture burns at a whopping 900°C (1650°F).

The hot expanding gas then runs through a set of turbine blades, which makes them spin. Now, this turbine wheel is connected to the fan with a long axle that runs the length of the engine, so no matter if the turbine is spinning at a lower or higher speed, the fan will be spinning at equal speed. The exhaust gas must leave the engine through a tapering exhaust nozzle. The engine uses this tapered design to create a high-speed exit. The airflow travels at twice the speed as it leaves out of the back of the engine, creating forward thrust.

Often, military jets will be equipped with what is known as an afterburner. This is an additional step in the process that shoots fuel into the exhaust jet to produce extra thrust. This might not be the best for fuel efficiency, but the extra fuel consumption is guaranteed to give you even more power.

So, now you know the basics of how jet engines work, but believe me when I tell you how complex and intricate these things actually are. They normally consist of thousands of different parts to make them actually function properly, but reputable companies like General Electric, Pratt & Whitney, and Rolls-Royce put it all together so we don’t have to.