This Homemade Snow Plow Is the Ultimate Mini Van Attachment 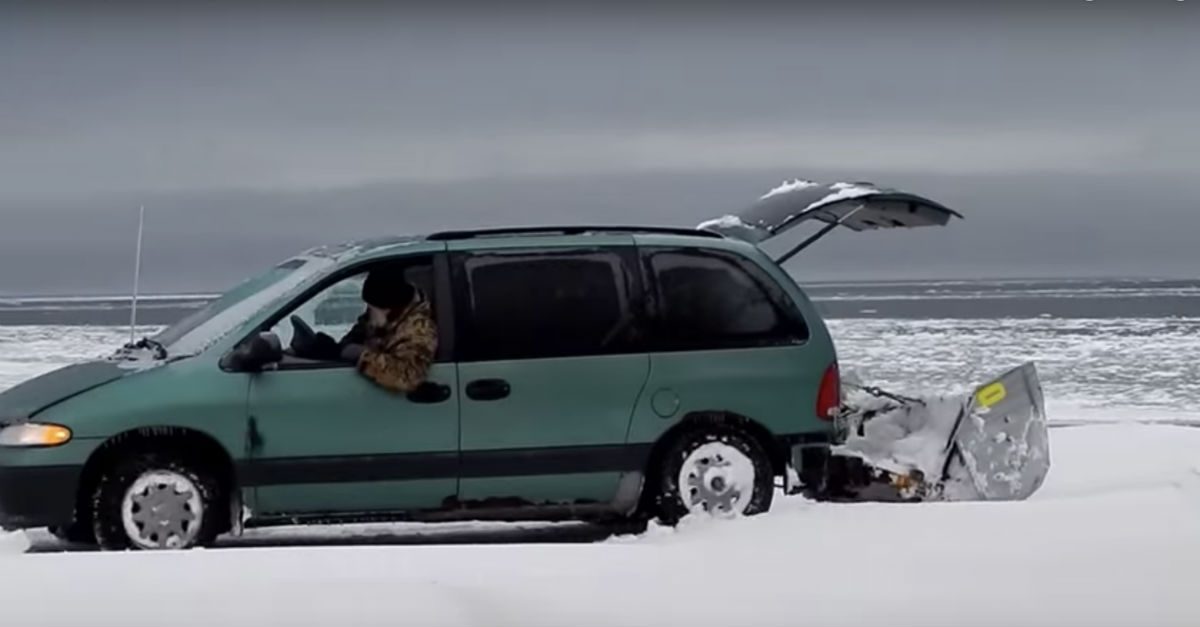 In preparation for the winter months ahead, it’s important to have the right kind of equipment for when that next intense snowstorm rolls in. Unless you happen to live in a place where it never snows or even drops below 60, in which case, enjoy hanging out on the beach and sipping your fruity drinks, you jerks.

For those of us who don’t live in paradise though, we need to be prepared. That being said, not everyone can afford a state-of-the-art, industrial grade snow plow. So, what do you do when you’re completely snowed in and you don’t have a fancy machine to get you out? Well, you build you own snow plow mount, weld it to the back of your mini van, then just throw that sucker in reverse. At least, that’s what genius YouTuber Dan Comeau did, which you can check out for yourself in the below video.

We’ve seen plenty incredible instances of cutting edge, do-it-yourself ingenuity in our day, but this homemade snow plow is really something else. It had to have saved this craftsman a decent amount of money, not to mention that it seems relatively simple and effective, with the snow plow blade being pretty proficient at snow removal. As Comeau writes in the video description, they were dealing with plenty of rain ON TOP OF snow that day back in 2016. Folks brought out the big guns, like tractors and loaders, to deal with the heavy snow, but Comeau’s jerry-rigged plow setup worked wonders.

Suffice to say, this is the best use of a mini van we’ve seen in a LONG time.