This Subaru called Betty is one bad lady, and she really packs a punch 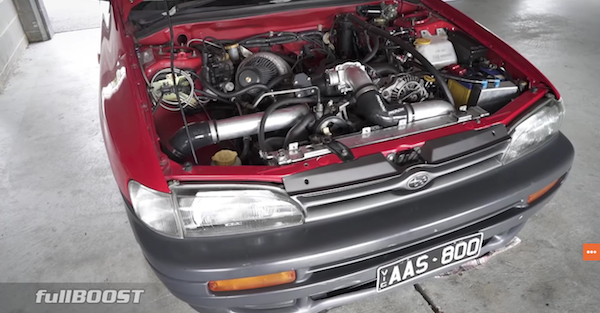 Got It Rex, the Australian Subaru artists, have developed the ultimate sleeper car. The took a 1994 Subaru Impreza LX and proceeded to doll it up until it was able to produce 42-pounds of boost, 610-horsepower, and is able to hit 12,000 RPM.

The Aussies were able to do that by de-stroking the boxer motor and tossing in a Garrett GTW3884 turbo, before tuning the whole setup to run on E85.

The Got It Rex is definitely pleased with their progress too,

“Incredible to see an EJ continue to hold and make power out this long in the rpm band reliably. We set out to test limits of EJ platform in a new way and it’s taken every bit we’ve thrown at it so far.”

If you’re a Subaru fan, the new life Got It Rex breathed into this gem from the 90’s is going to fill you with envy.