5 of the Best Go-Kart Engines Available on Amazon 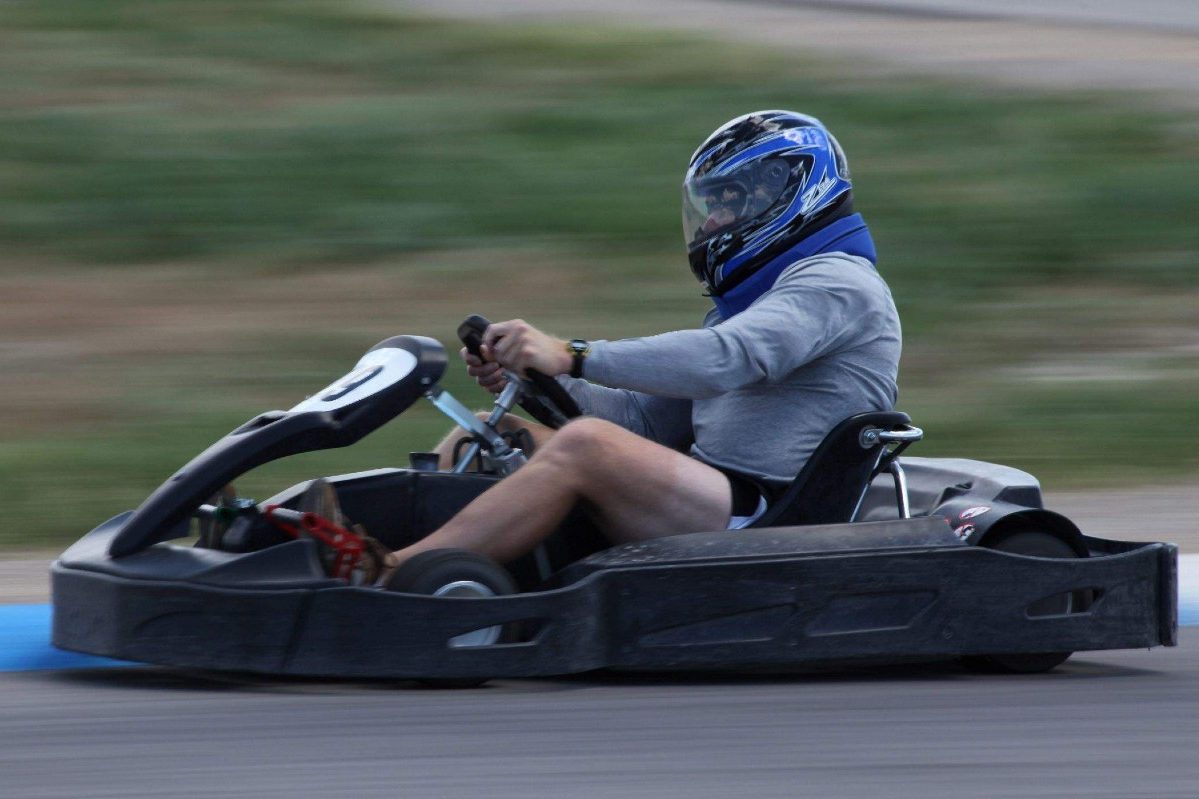 Let’s face it, racing go karts is a thrilling activity regardless of your age or experience driving. Your inner racer will emerge when behind the wheel of one of these things. Anyone who thinks differently either hasn’t been karting, or they need to upgrade to some better performance parts in their toys.

You see, that’s the great thing about having a go-kart hobby. It’s essentially like owning a miniature race car, and it can be nearly as fun as automotive driving when you bring these machines on the track. The best part is that since everything is on a smaller scale, kart parts and engine parts are extremely affordable. Go-kart engines in general are widely interchangeable with whatever your heart desires. You might even find a few small engines around your garage that would be compatible for powering a go-kart, even if that may entail removing the Honda engine from your lawnmower.

Hell, I’ve seen people take powersport vehicle engines from things like a Yamaha 450cc ATV and slap them into a go-kart. As a little inspiration for a go-kart project, let’s check out a few racing engine options available on Amazon, and mix in a few other types if you’d prefer more moderate power. 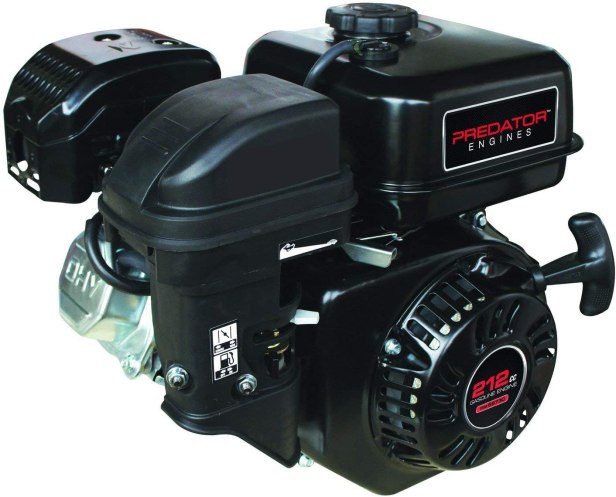 Let’s start off with something suitable for a beginner or intermediate driver. This OHV horizontal shaft gas engine produces 6.5 horsepower, and its components include an overhead valve system, auto shutdown in low oil situations, and recoil start.

On top of that, its overall build is quite durable. It’s got long lasting cast iron cylinders, so you can be confident that this engine will be reliable for quite some time. It’s got more than enough power to get around, but not enough to get into any trouble. 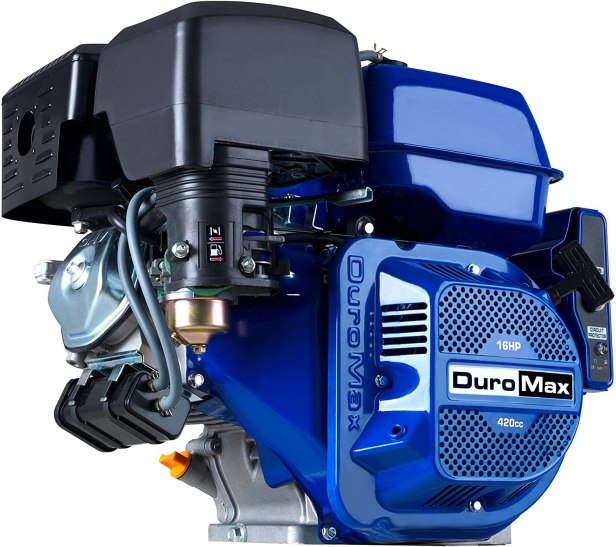 The DuroMax XP16HPE is the engine to go with if you love power. It produces a whopping 16 horsepower, and it can turn your go-kart into a serious beast on the track. You’ll want to have some experience before ripping around with an engine like this, because when that throttle cable is pulled, it’s taking off.

It’s a 420cc four-stroke engine equipped with a large 1.75-gallon fuel tank, and an efficient air cleaner integrated into the air filter. On top of that, you also get electric start instead of the pull cord. Finish it off with a nice header and mufflers, and it sounds really aggressive. The engine is also EPA and CARB approved. 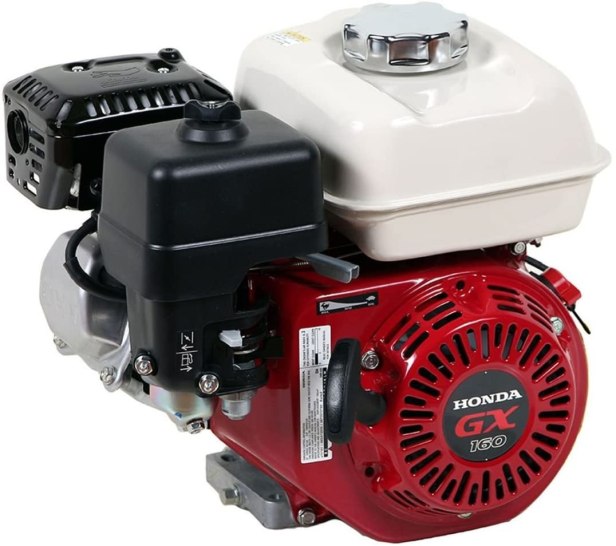 If you’re looking for something eco-friendly, the Honda GX160 is the engine for you. It creates a maximum horsepower of 5.5, and it’s definitely going to be reliable. It’s not the most fuel-efficient engine out there, but it’s also not that poor.

The big selling point of these is how smooth and quiet they operate. The crankshaft is supported by ball bearings, which gives the engine more stability. Additionally, the whole engine only weighs 33 pounds, helping maintain that power-to-weight ratio. 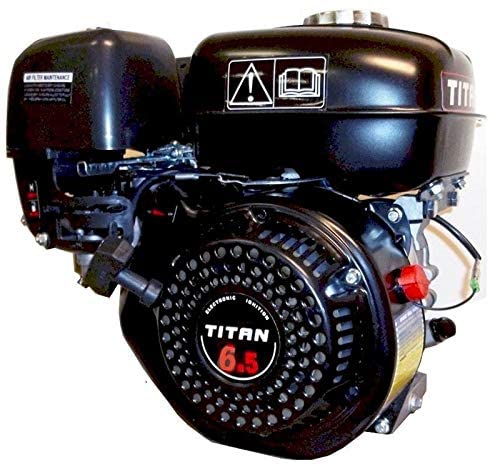 This Titan TX200 was made specifically for motorsports. As advertised, it’s suitable to throw into either a go-kart, or a minibike. It’ll give you 6.5 horsepower, and it’s throttle cable ready right from the box. It’s got cool features, such as the splash lubrication system, dual air cleaner, and a transistorized magneto ignition system.

Further, it comes with a carburetor with a butterfly valve, which can help make cold starts a breeze. It’s an awesome mid-range engine, and the price makes this option extremely tempting. 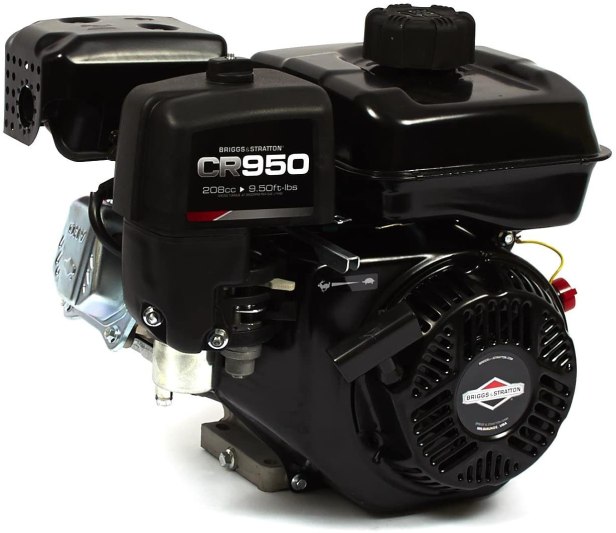 This CR950 engine is tried and true. Many people recommend it for go-karting. The OEM design includes an overhead valve system for cooler operation, dura-bore cast iron cylinder sleeve, and an efficient dual air cleaner.

Not only do you get a cool 9.5 horsepower, but you also get durability in the engine for an increased lifespan. You also get electric start, which is a nice luxury to have when sitting in a go-kart. Combine that with the price, and it’s a hard one to pass on.