This 8-Turbo Mustang Looks and Sounds Like an Absolute Monstrosity 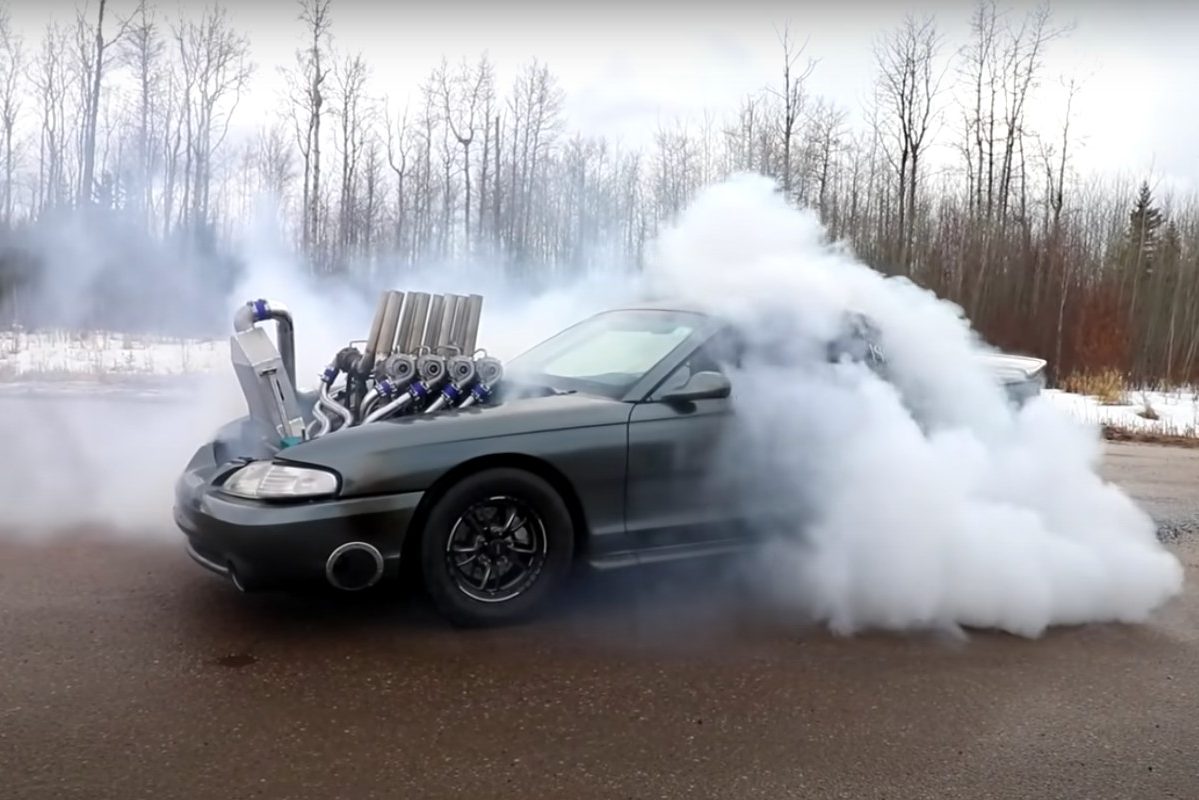 Modifying a car can provide a major performance boost. Gearheads around the country modify their rides to get the most out of their vehicles. Sometimes, after the work is done, the only thing original about a vehicle may be its exterior. Gearheads like to rebuild their rides from the inside out by chocking them full of performance parts.

One of the most popular modifications in car culture is the good old L-S swap. An L-S swap is when the original automobile engine is taken out of a vehicle and swapped with a high-performance luxury sport engine to make it go faster. Even this major modification isn’t enough for some gearheads. They feel the need to add turbos to their engine to increase horsepower even further. This Ford Mustang has not 1, not 2 but 8 turbos! Check out the insanely fast Mustang below.

So first thing’s first, do NOT try this at home. Fitting that many turbos on a car is ludicrous. Notice the absence of a hood and the positioning of the car’s radiator? That being said, this YouTuber had the tools and resources to get away with a crazy stunt like this with less risk than the average Joe. He did it so we wouldn’t have to. I imagine your next-door neighbor wouldn’t be too happy if your ride had 8 turbos on it every time you pulled in the driveway.

It took Boosted Lifestyle a while to get this Mustang started, one of the many drawbacks of having this much going on around your engine. I can’t even say “under the hood” because…well, there is no hood due to lack of space. After having some buddies come over to help get it started, the guys finally got it going. The Mustang was able to do some sick burnouts and showed crazy power.

The 8 turbos made this Mustang sound like it was more plane than car. All in all, the 8 turbos were a fail because they just weren’t running as expected, but then again, 8 turbos is pretty ambitious. He also mentioned the turbos were only about 80 Canadian dollars, close to $66 U.S. dollars each. 8 turbos may look and sound awesome, but looks can be deceiving.