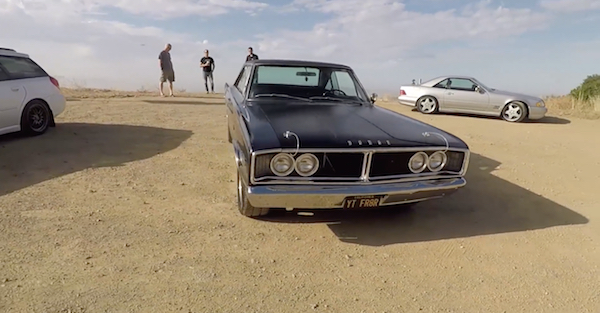 Matt Farah is back with a One Take showcasing a beautiful 1966 Dodge Coronet, which Farah stalls immediately.

The Coronet sports a four-speed manual transmission, which controls a new-ish Chrysler 5.7-liter HEMI, and, most importantly, air conditioning!

Now the condition of this build makes a lot of sense when you take into account that the owner, Alex, owns his own shop. He bought the car in 2013 after it had sat parked for 10 years in Las Vegas.

The Coronet drives beautifully and could easily serve as a daily. If you’re not married to the stock rebuild model of thought, then you’re going to be drooling throughout the entire video.