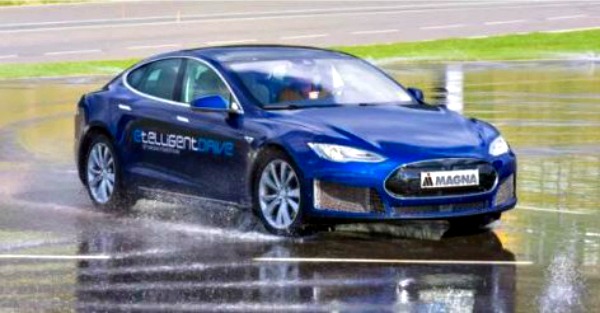 When many people think of all-electric vehicles, the first brand that comes to mind is Tesla, but did you know it was Chevy that produced the first affordable EV with a range of more than 200 miles?

With a starting MSRP of $37,495, the 2017 Chevy Bolt is significantly cheaper than the entry-level Tesla Model S sedan, which costs approximately $70,000 before any options are added.

To keep the Bolt affordable, engineers from General Motors decided to keep its EV reasonably small. What’s more, it doesn’t come with all of the high-tech gadgetry as the Tesla Model S, but that doesn’t mean there isn’t a strong demand for the Bolt EV.

In fact, the 2017 Chevy Bolt outsold the Tesla Model S in August, according to HybridCars.com sales data. This feat is even more impressive when you consider that Chevrolet just made the Bolt available nationwide on September 6th. Until then, it was only available in select states following its 2016 release in California. In case you didn’t already know, the Sunshine State accounts for nearly half of the EV demand in the United States.

So what has made the Chevy Bolt so desirable? Well, besides its 238-mile range and relatively affordable price tag, the Bolt was also named a Top Safety Pick by the Insurance Institute for Highway Safety (IIHS). In addition, the Bolt was named the Motor Trend® 2017 Car of the Year.