CaraBoat: The Easy-to-Tow Houseboat Is Perfect for Vacations on the Water 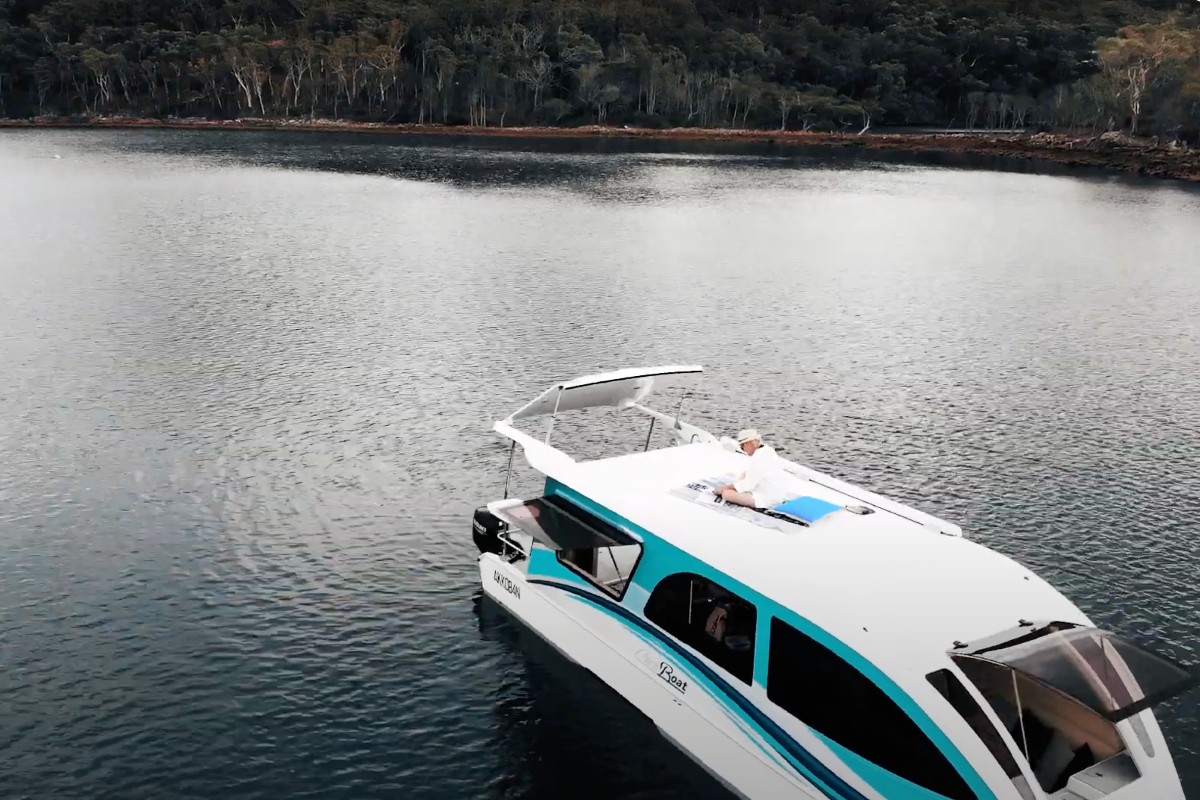 Have you tried living in a camper van and thought, “Gosh, this just isn’t enough of an adventure for me?”

Is your motorhome just a little too land-locked for your average vacation?

Are you moved by a strange desire to make your boat a home?

All of these dreams can come true with the CaraBoat.

What Exactly IS a CaraBoat?

The CaraBoat touts itself as “The Camper That Floats,” and honestly, there’s no reason to disagree with this claim.

It’s smaller than the traditional houseboat. It has actual indoor living space, unlike the typical pontoon. It’s got the same general dimensions as a traditional off-road camper, with the added benefit that it can be cast into the water. In fact, the amphibious camper is equally happy on land, on the lake, and even in the shallows.

Where Did the CaraBoat Come From?

The caravan/boat concept seems to have gotten its start in England. The first concept to combine camper living with boating launched in 1955, but the concept was refined a bit more in 1968. The best way to describe this early version is “a retro camper van with a four-stroke outboard motor.”

Today, an Australian company has relaunched the CaraBoat concept at http://www.caraboat.com.au. The current iteration was fleshed out by company owners Rob Shenn and Andrew Kiernan, who have years of experience creating some pretty slick catamarans. From the shorts of Port Stephens in NSW, Australia, the team has created the CaraBoat for the intersection between camper van enthusiasts and boating fans. It’s the ultimate land/sea recreational vehicle.

How Does This “Trailerable Houseboat” Work?

Impressively, the CaraBoat is pretty straightforward. The trailer comes with the boat. It only draws about 20 centimeters of water for a shallow draft, which means launching it is easier than you might think.

In fact, you can use the CaraBoat as a onland motorhome as well, by simply leaving it on its custom-styled galvanized trailer. The helm actually folds up under the countertop, so you don’t have to worry about boat controls taking up too much room when they’re not needed.

CaraBoats are outfitted with twin solar panels, along with two 120V house batteries and a stout DC charger. Inside, you’ll find standard household outlets, as well as USB charging outlets for good measure.

Do These Floating Homes Have Style?

Three models are currently offered, which provides a greater likelihood of finding one that meets your needs.

The 750 model measures 7.5 meters in length, hence the name. The smallest of the CaraBoats comes with two 30-horsepower 4-stroke outboard engines, an 80L grey water tank, 14L gas hot water system, a bathroom with a toilet and shower, and a kitchen complete with a refrigerator/freezer, gas cook top, and oven. There are two fold-out sleeping areas that function as a living space during the day. Features like an LED-lit pantry, LED touch lights and reading lights, and plenty of storage space give it the finer touch. Options include a swim deck, larger engines, and additional solar panels to boost power.

The next model is the 790, which stretches a predictable 7.9 meters. The specs are pretty similar, as far as layout, but this version has a single engine instead of the 750s twin set up. The result is a larger rear deck and additional storage opportunities.

At the top of the range is the 870 model. The layout is similar, only the 870 has a larger rear deck in addition to the twin engines. There’s also a rooftop access hatch that allows for more space for lounging, star gazing, or storing your kayaks for fun side trips.

All CaraBoats include large windows to let fresh air in, to the point where air conditioning is an option, not standard. Of course, a panoramic view can be both a blessing and an embarrassment, especially if you’ve made this your floating home. Thankfully, CaraBoat has thoughtfully included awnings, fly screens, and blackout blinds to preserve a little privacy in your living space.

Is the CaraBoat the next wave of #vanlife? Will people abandon their camper vans and RVs for the trailerable houseboat? Honestly, the concept has a lot of potential, but while vans have a lot of DIY possibilities, the CaraBoat is probably best left to the experts. After all the number one rule of a floating camper is that it needs to float!