This Car Salesman Meme Is the Gift That Keeps on Giving 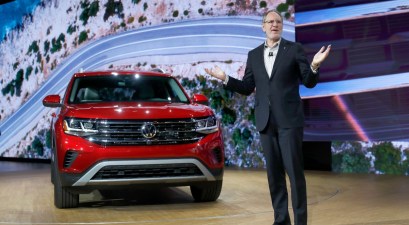 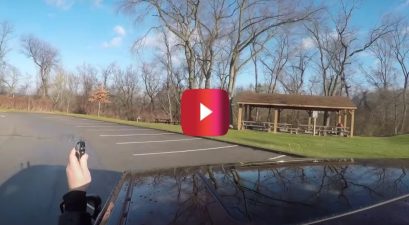 There aren’t too many well-known car memes out there on the world wide web, but If you haven’t seen the funny car salesman memes by now, you’ve been missing out on one of the most popular memes out there. The meme features a mock conversation and image of a car salesman and a potential buyer at a dealership, and the text usually reads something like, “Car Salesman: *slaps roof of car* this bad boy can fit so much ____ in it.”

The internet has made countless versions of the funny joke, and they’re all enough to make you LOL, WTF, or however you react to random memes. Let’s take a second to look back on where the meme began, and the variations that are being used today.

According to Know Your Meme, the origin of this meme dates back to 2014. On September 30, the original tweet was published by @OBiiieeee that read, “Car Salesman: *slaps roof of car* this bad boy can fit so much fucking spaghetti in it.” It received over 7,700 retweets and over 13,000 likes. About a month later, another Twitter user posted the very first variation of the phrase.

It wasn’t until 2016 that the image associated with the meme — the “car salesman slaps roof of car” bit — was paired with the captions. In 2015, photographer Katarzyna Bialasiewicz posted a real photo of the scenario onto a stock photography website. About seven months later, YourMechanic.com published a poorly drawn illustration of the stock photo with their article on how to deal with a car salesman. That’s when this meme really became what it is, and it really started to get good after that.

Variations of the funny meme began to spread like wildfire throughout social media in 2017. Reddit users on the /r/dankmemes subreddit posted so many, it was essentially a meme generator or meme maker for everyone to enjoy. One Redditor criticized the page, while also using a photoshopped variation of the image, which read “Car salesman: *slaps roof of format* this bad boy can fit so many fucking effortless memes in it.” The post was 96 percent upvoted.

People have posted so many different versions that it’s hard to keep up with them all. One thing is for sure, you’ll absolutely find one that relates to you. You don’t even have to search Google to explore the hilarious jokes. Below, you’ll find a few examples of the best memes below.

These car salesman memes got me cackling. pic.twitter.com/oKyYq5Imy8 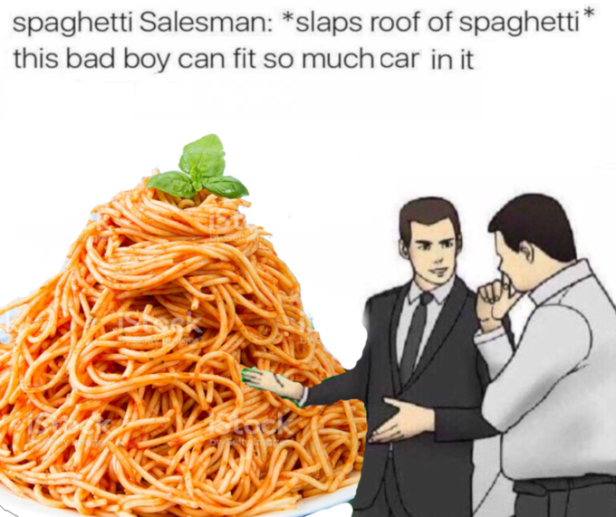 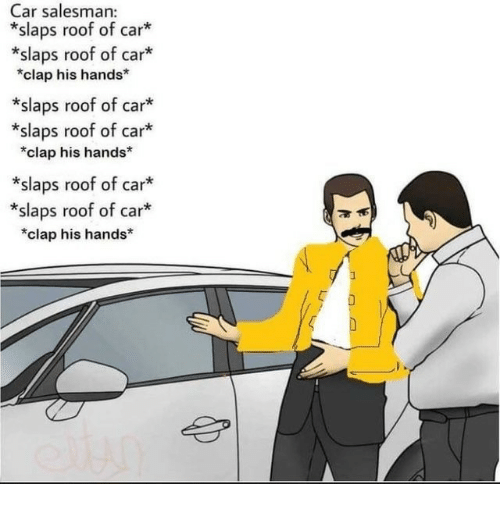