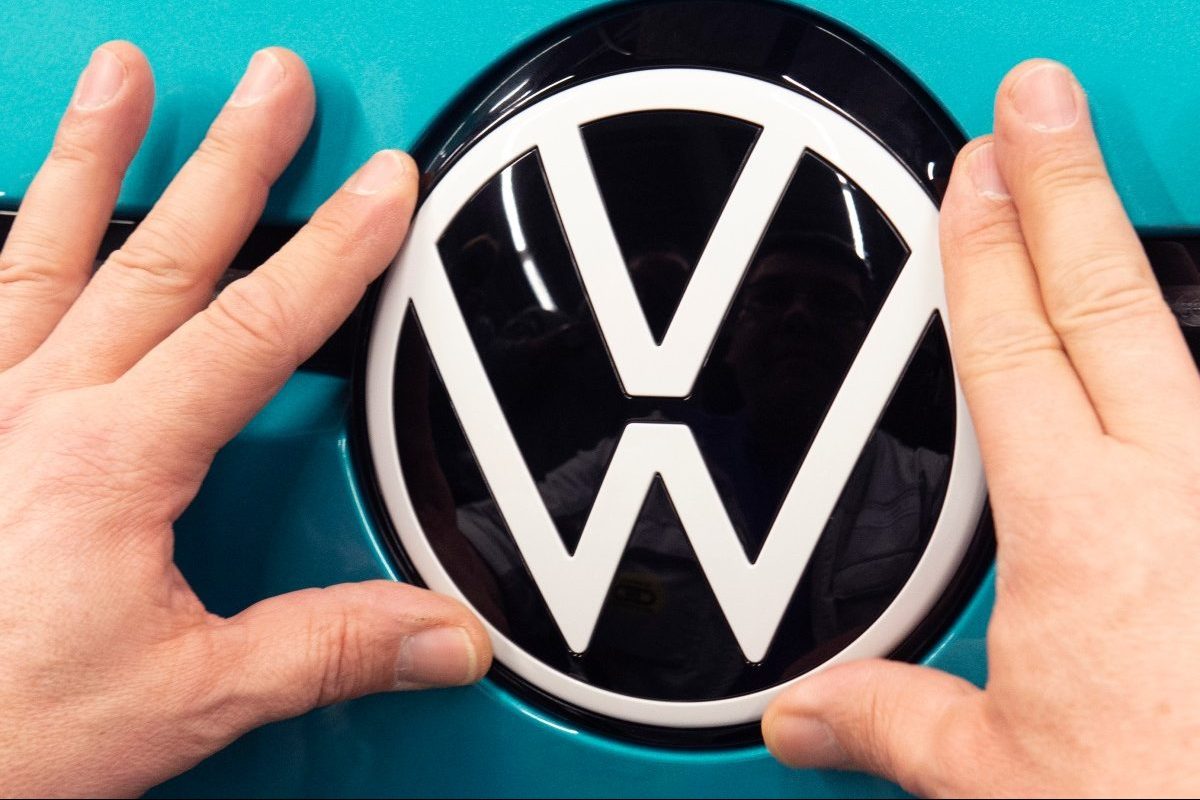 DETROIT (AP) ? Volkswagen of America issued false statements this week saying it would change its brand name to ?Voltswagen,? to stress its commitment to electric vehicles, only to reverse course Tuesday and admit that the supposed name change was a joke.

Mark Gillies, a company spokesman, confirmed Tuesday that the statement had been a pre-April Fool?s Day joke after having insisted Monday that the release was legitimate and the name change accurate. The company?s false statement was distributed again Tuesday, saying the brand-name change reflected a shift to more battery-electric vehicles.

What began as an April Fool’s effort got the whole world buzzing. Turns out people are as passionate about our heritage as they are about our electric future. So whether it’s Voltswagen or Volkswagen, people talking about electric driving and our ID.4 can only be a good thing. pic.twitter.com/Rzx8mJgxkT

Volkswagen?s intentionally fake news release, highly unusual for a major public company, coincides with its efforts to repair its image as it tries to recover from a 2015 scandal in which it cheated on government emissions tests and allowed diesel-powered vehicles to illegally pollute the air.

In that scandal, Volkswagen admitted that about 11 million diesel vehicles worldwide were fitted with the deceptive software. The software reduced nitrogen oxide emissions when the cars were placed on a test machine but allowed higher emissions and improved engine performance during normal driving. The scandal cost Volkswagen $35 billion (30 billion euros) in fines and civil settlements and led to the recall of millions of vehicles.

The company?s fake news release, leaked on Monday and then repeated in a mass e-mail to reporters Tuesday, resulted in articles about the name change in multiple media outlets, including The Associated Press.

?We might be changing out our K for a T, but what we aren?t changing is this brand?s commitment to making best-in-class vehicles for drivers and people everywhere,? Scott Keogh, president and CEO of Volkswagen of America, said in the release.

The fake release could land Volkswagen in trouble with U.S. securities regulators because its stock price rose nearly 5% on Tuesday, the day the bogus statement was officially issued. Investors of late have been responding positively to news of companies increasing electric vehicle production, swelling the value of shares of Tesla as well as of some EV startups.

James Cox, who teaches corporate and securities law at Duke University, said the Securities and Exchange Commission should take action to deal with such misinformation, which can distort stock prices.

?The whole market has gone crazy,? Cox said. ?We need to throw a pretty clear line in the sand, I believe, about what is permissible and what isn?t permissible.?

This week?s Volkswagen incident bears some similarity to one in 2018 in which Tesla?s CEO Elon Musk tweeted that he had the funding secured to take the company private ? a comment that drove up the stock price, Cox noted. Later, it was revealed that the funding had not been lined up. Musk and Tesla each agreed to pay $20 million in penalties to the SEC.

Erik Gordon, a business and law professor at the University of Michigan, said he thought that for the SEC to be interested, it would have to believe that VW knowingly issued the fake news release to manipulate its stock price.

?I don?t think the SEC is going to see this as stock price manipulation any more than when General Motors or Ford or Toyota or anybody talks about their (electric vehicle) future,? Gordon said. ?It is incredibly stupid, but if being stupid were illegal, a third of the CEOs in the U.S. would be in jail.?

We know, 66 is an unusual age to change your name, but we’ve always been young at heart. Introducing Voltswagen. Similar to Volkswagen, but with a renewed focus on electric driving. Starting with our all-new, all-electric SUV the ID.4 – available today. #Voltswagen #ID4 pic.twitter.com/pKQKlZDCQ7

A message was left Tuesday seeking a comment from the SEC.

Late Tuesday, VW issued a statement confirming that it won?t be changing its brand name to ?Voltswagen.?

?The renaming was designed to be an announcement in the spirit of April Fool?s Day,? the company said.

Tim Calkins, a clinical professor of marketing at Northwestern University, said April Fool?s jokes are common in marketing. But he said it?s rare for a company to deliberately mislead reporters.

?The problem is that in the short run, you can fool people, and it seems cute and entertaining,? Calkins said. ?But in the long run, you really do need positive and good relations with the media. For a company that already has credibility problems, this is really a strange move.?

Calkins said that while the incident might not hurt VW with consumers, the company needs good relations with reporters to build its brand image over time.