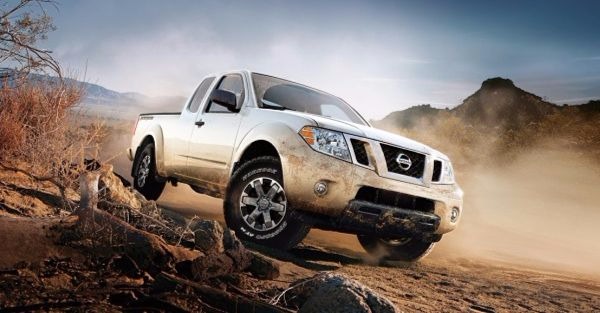 Earlier this week, we shared exciting details regarding the 2018 Ford F-450, which some automotive publications have described as “heaven on wheels.”

Perhaps the most interesting fact regarding the F-450 is its starting MSRP of $87,100. Moreover, if you add every available option to the truck and then factor in state taxes and registration fees, you have a pickup that costs more than $100,000.

On the other end of the truck spectrum is the 2018 Nissan Frontier, which the Japanese manufacturer announced would carry a starting MSRP of just $18,990.

This massive price gap inspired us to take a closer look at the notable differences between these two popular pickups:

While it’s true that Ford offers a number of special editions packages for its pickups, you have to turn to Nissan if you’re interested in the Midnight Edition appearance package, which is now offered with Frontier. Previously, the Midnight Edition package was reserved only for the Altima, Murano, Rogue, Pathfinder, Sentra, and Maxima.

Anyone who knows anything about trucks will not be surprised at all the 2018 Ford F-450 has the higher tow rating of these two vehicles, thanks to its 6.7-liter turbodiesel V8 engine that pumps out 440 horsepower and 925 lb-ft of torque. In contrast, the 2018 Nissan Frontier is offered with the choice of either a gasoline-powered four-cylinder or V6 motor, according to Auto Blog. That’s worth noting because regular gasoline is more affordable than the diesel fuel needed to power the new Ford F-450.

So, while the 2018 Ford F-450 is uber expensive, luxurious, and can tow more than 15 tons, the 2018 Frontier is relatively affordable, costs less to fill up at the gas station, and is even offered with an eye-catching Midnight Edition appearance package.

Nissan announced pricing for the Nissan Frontier pickup. The Midnight Edition is the only new excitement for MY2018. https://t.co/8MzG2SKBIw pic.twitter.com/AdZgOP0xMD