Yet another example of why street racers are dumb 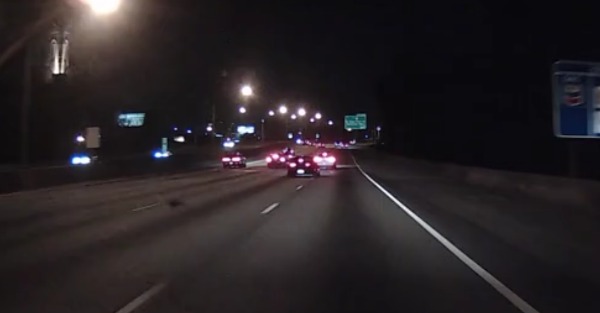 Why should you pay the extra money for a track day? Because other people exist. These street racers seem to have forgotten that simple concept and are seen speeding down I-75 in Atlanta driving three, almost four, cars wide.

When they come to a group of cars, the racers are totally oblivious to their closing speed and the car in the middle finds himself unable to slow down enough to avoid an innocent driver in front of him. He attempts to swerve away at the last second but clips the car and loses control. He bounces off the car again and then careens across two lanes of traffic and smacks the wall hard. After the car with the dashcam stops, you can see how heavy the traffic was that these guys were racing through.

The crashed racer seems ok, and were glad. Maybe now he can tell his friends about Road Atlanta, a traffic free racetrack less than an hour away.

Related: [VIDEO] Street Racers Get A Surprise Visit From The Law And Scatter