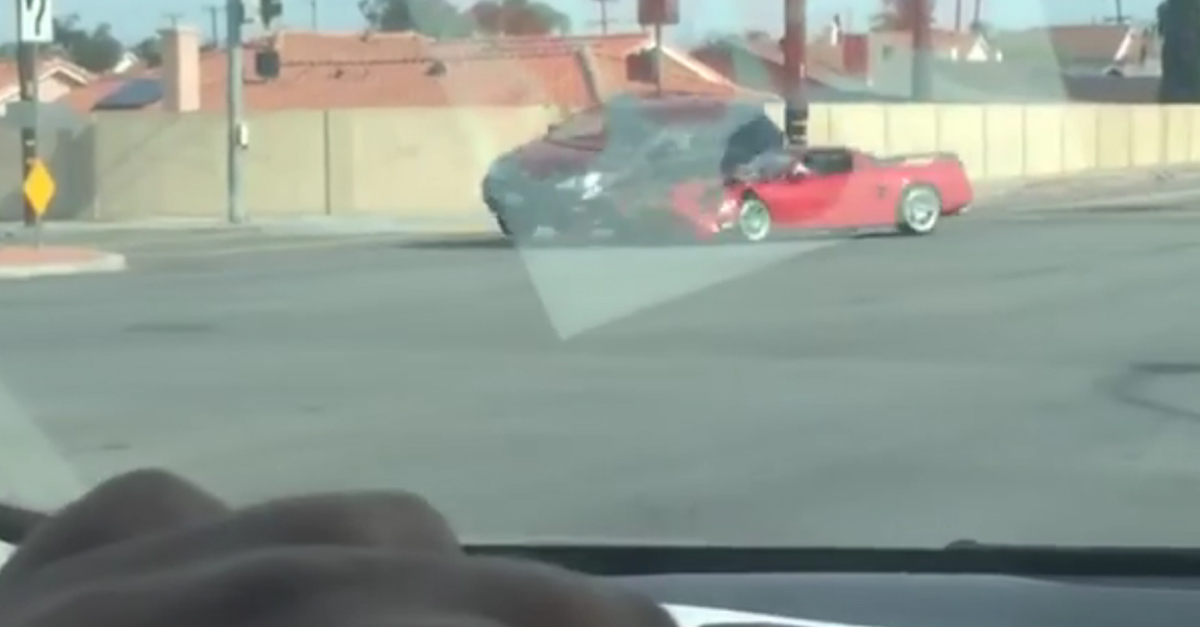 It’s a law of averages thing. Drive your super nice 90’s Japanese supercar long enough and some ding dong is going to wreck into it for you. That’s the story here. Facebook user Sammy Manivong was test driving a car when he saw a beautiful red NSX moving through the intersection. He pulled out his phone to get video of it going by and ended up capturing a Lexus blowing through the red light on the other side of the intersection, just as the NSX gunned it through its side. A second later and both cars looked like crushed beer cans after a party. Sucks for the guy who will have to repair that thing.