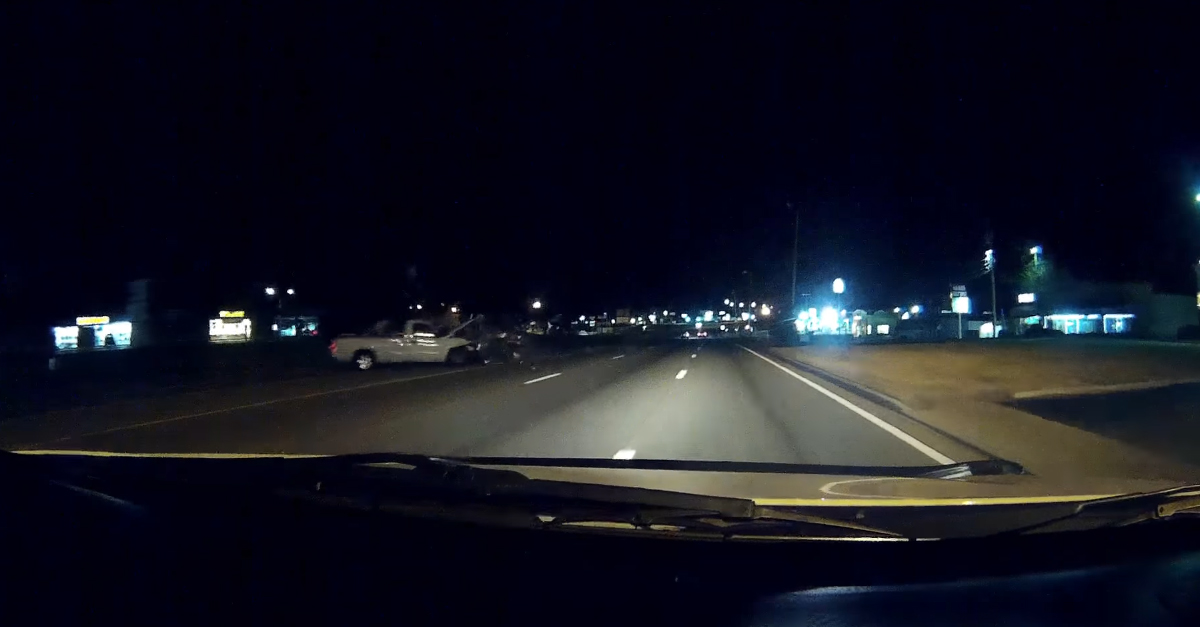 Scott was making his way home when he spotted a seemingly intoxicated driver swerving all over the road in front of him. Taking precaution, Scott got ahead of the driver and attempted to contact the authorities about his suspicions, but before he could even dial 911, the man pulled ahead of him, then drifted into traffic going in the opposite direction and caused a serious collision. Scott pulled over to the side of the road after watching the impact to assist the victims, one of which complained of a broken leg.