A driver somehow avoided a cement truck flattening his car 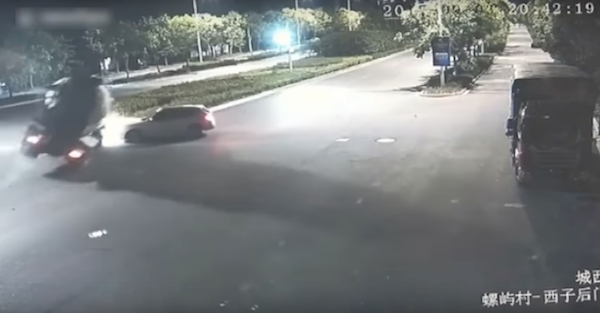 A driver in eastern China incredibly avoided his car being crushed and flattened by an overloaded cement mixer.

Footage from CCTV in Taizhou shows a car turning right when a cement mixer nearly plowed right into him. The truck was reportedly overloaded with 23 tons of mixture, and the driver of the truck somehow managed to avoid the car and instead toppled onto it and crushed the front end.

Related: A driver makes a dumb move to crash directly into the police

Somehow, neither driver was injured. They were transported to a hospital but didn’t sustain any major injuries.

This could have been a far more disastrous situation, and luckily they just have damage to their vehicles.