Watch Out for That Tree! Mercedes Driver’s Failed Drift Costs Him Big Time 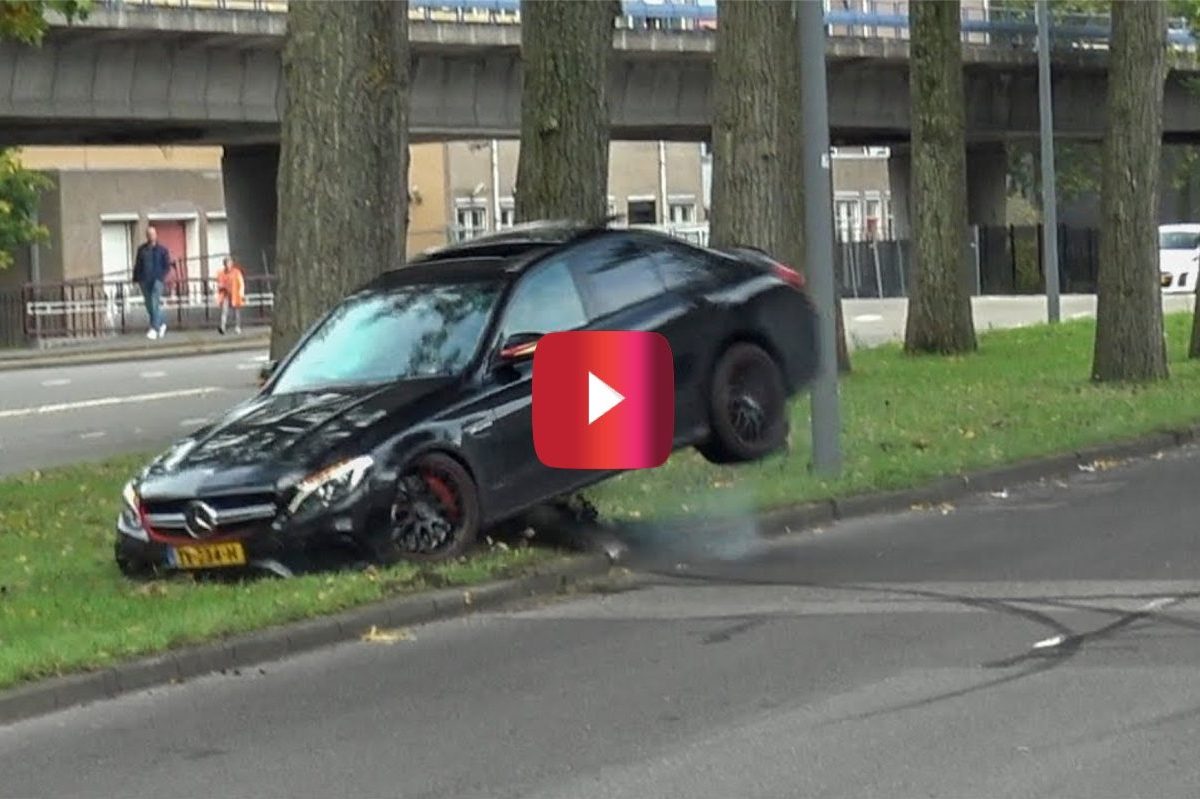 If you own a sweet sports car, it’s all well and good to want to show it off, whether that means gunning the engine or (safely) whipping your ride around the block. Most of us will probably hate you for it, but hey, it’s a free country. That being said, if you are going to go the route of amateur stunt driver, make sure you’re actually a good enough driver to successfully pull it off. Otherwise, you’ll end up like this sad sack owner of a Mercedes-AMG C63 S Sedan.

The driver was leaving the 100% Auto Live car show in Rotterdam, Netherlands, when he thought he’d try impressing a few bystanders by drifting around the corner. When it was all said and done, the guy was probably hoping to hear a standing-ovation’s level of applause, but instead, the only sounds he heard were the screeching of tires and the cringeworthy CRASH into a nearby tree.

Ouch. You really hate to see it. Clearly, this guy wasn’t able to handle the C63’s 503 horsepower or the rear-wheel drive. Thankfully, there weren’t any injuries, but a quick look at the damage to the Mercedes shows that it’ll probably cost this guy a pretty penny. We’re talking significant body damage, missing fuel cap, and a banged-up quarter panel and rear door on the passenger side. Then, there’s the airbag replacement costs. Yikes.

Anyway, let’s take another look at that from a different angle.

According to Motor1, incidents like the above one will probably be a lot more rare, at least in C63s, thanks to the next-gen model.

We?ll probably see fewer of these videos with the next-generation C63 (confirmed to be a plug-in hybrid) as the car is expected to switch to an all-wheel-drive setup. That being said, you?ll likely still be able to throw the rear end as AMG could give it a Drift mode in the same vein as they did on its bigger brother, the E63.

Update or not, I’ll tell you one guy who probably won’t be drifting anytime soon…