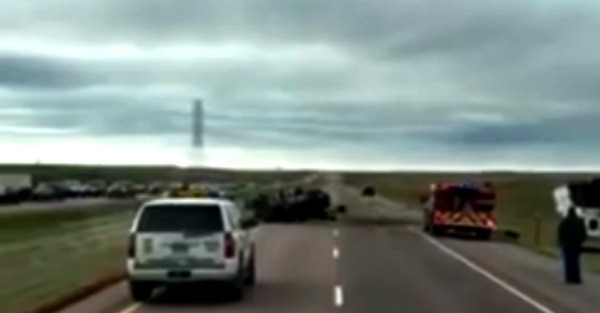 You’ve seen the public service announcements – don’t text and drive. Some of them, like this, are very powerful:

Equally as powerful is this video by a trucker who came upon a three-car wreck in South Dakota that he says was caused by a driver who was texting. He says the girl struck a vehicle head on, causing the vehicle to flip and catch fire, Then, the vehicle hit a semi-truck.

One man suffered two broken legs, he said. And, note that the wreck happened in South Dakota. Because of its rural nature, help is not always close. He said it took 30 minutes for medics to arrive, and if anyone was seriously injured, they’d be dead.

Here’s why he made it:

“I made a video and posted it on Facebook to scare my sons into never texting and driving.”