A Tesla owner says his car has a ‘serious, dangerous design flaw’ 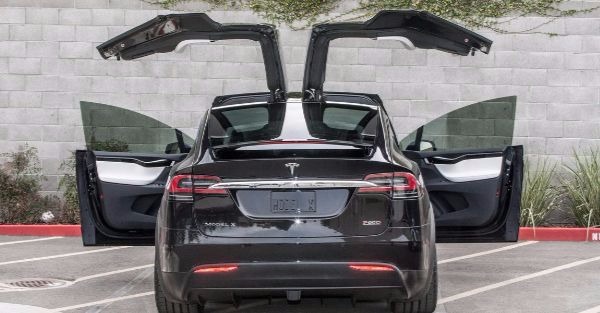 Tesla and a Model X owner are at odds over what caused the Model X to automatically open its doors, leading to a passing truck to rip the door right off the car.

The Model X has a convenience feature that must be activated by the owner beforehand that responds to a double tap of the car’s remote. When the button is pressed twice, the car unlocks and automatically opens its driver door, if the action is repeated, the car will open the passenger door as well.

According to CarAdvice.com, the owner of the car and Tesla have different versions of what happened. Tesla claims that they have an event log that shows that the auto opening feature was previously activated and that the car received successive double tap signals from the key fob to automatically unlock and open the doors.

A Tesla representative said, ?Our data records clearly show that the customer had this feature set to ?on? at the time of the incident, and that both front doors of the car were unlocked and opened via two double-clicks of the key fob, four consecutive clicks, within operating proximity to the car.?

Where the owner of the car refutes that claim, saying, “I did not activate the key fob; again evidenced by timed CCTV footage, the two front doors unlocked and opened autonomously.”

Because of the incident, the owner no longer feels safe with his car.

“This represents a serious safety design flaw and I?m concerned that this feature could have led to a fatality, should a motorcyclist or cyclist be driving past rather than a truck. Moreover, if my family or pets were in the vehicle at the time, a life could be lost.” He said. ?I?m genuinely scared to own this car as it poses a risk to my family who travel inside it. This isn?t the first time it has happened to a Model X, with multiple reports overseas of this serious, dangerous design flaw.”

Whichever account is accurate, it is clear that the automatic door feature was employed at the worst possible time, shredding the car’s door and scaring a truck driver half to death. The car’s owner said he talked to the truck driver, who said, “…that he was petrified as the Model X door opened into his truck and he thought he had killed the driver.?

Not a good day for this Model X.

Related: Tesla’s Elon Musk released a mixtape of his most explosive failures