A woman has been arrested for street racing at 120MPH, but it’s who she had in the car that’s stunning 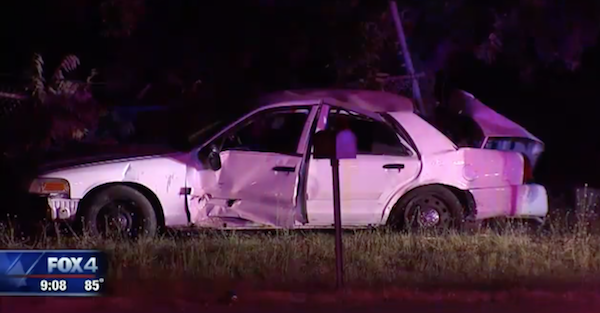 A 19-year-old Dallas woman was arrested after police say she crashed her car while street racing — and her 13-month-old son was unrestrained in the back seat.

Police said Kierra Beaty was driving 120 mph when she hit a pole and spun out of control on Highway 310. There were three other passengers aside from the 13-month-old in the car, but thankfully no one was seriously injured.

The boy is now with his father, and Beaty is facing charges for endangering a child and street racing according to FOX 4 News.

Luckily the child, who was in a passenger’s lap, wasn’t injured in the wreck.