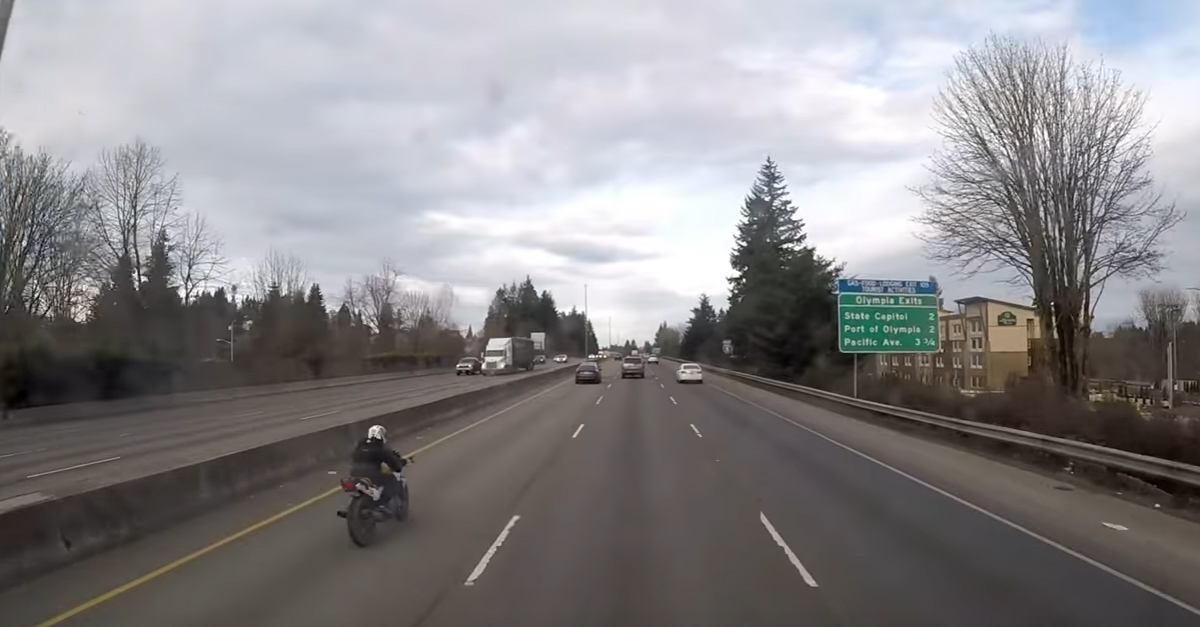 A trucker’s dash cam caught footage of wreck. While it’s not that crazy of a thing to capture, it’s what happened to the biker right after the crash that’s so unique and amazing. Both the car he hits and the motorcycle itself are clearly speeding entirely too fast as both are forced to rapidly brake once they catch up to the rest of traffic. However, once the biker runs into the sedan’s rear he winds up riding on the back of the car right on top of the trunk!