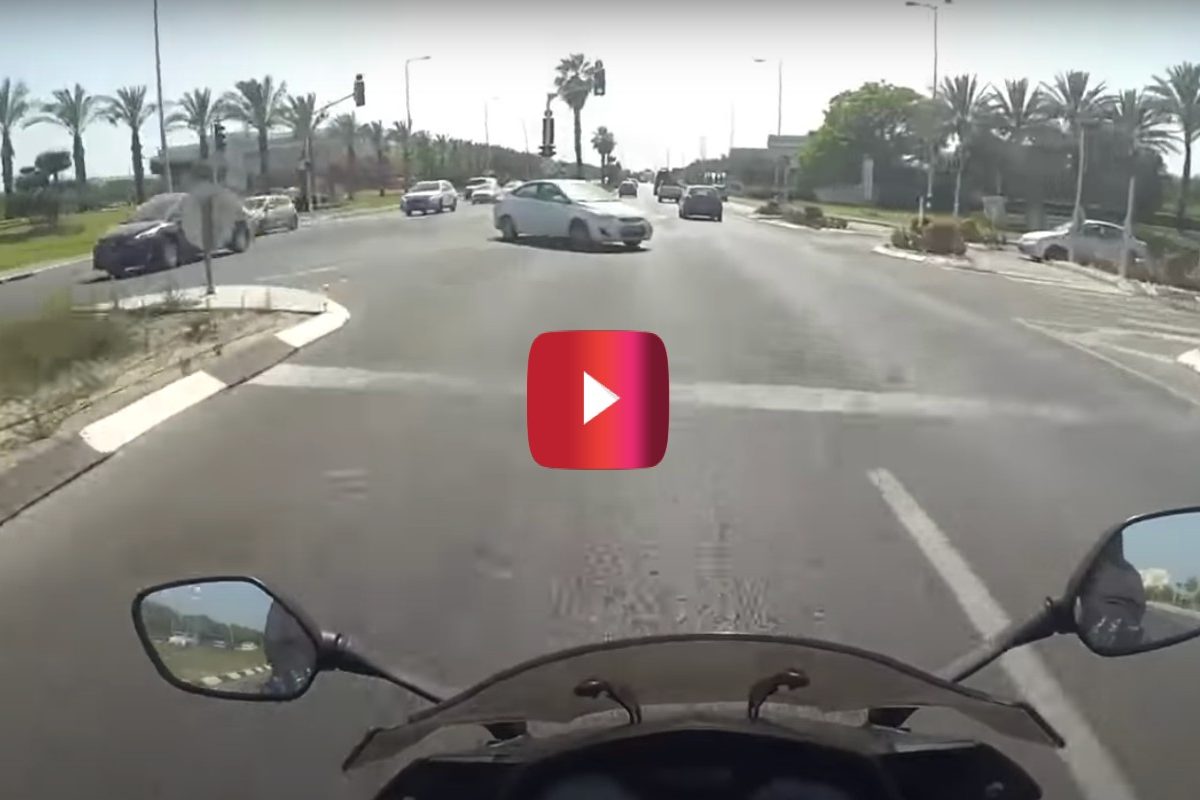 When it comes to most motorcycle vs. car collision incidents, the motorcycle is 99.99% on the losing end of that head-to-head match-up, at least if you look at the amount of damage sustained. And, when a motorcycle loses, it typically means serious trouble not only for the bike, but for the biker as well. I’m talking major injury or even death.

In this particular crash that went down in Keasaria, Israel, the biker may have come out of the losing end, but, all things considered, the consequences weren’t half as damning as they could have been. I mean, this guy was mere milliseconds away from ending up as roadkill.

Here’s how everything went down, according to the biker who pretty much saw his life flash before his eyes.

“It was a nice and warm day,” writes the biker. “I took my motorcycle (Honda CBR650F) on a ride to work when suddenly a white Hyundai took a left turn on a red light, blocking the intersection. I tried to brake and maneuver away but ended up hitting the back end of the car. luckily I didn’t fall down on the asphalt and got out with minor injuries. Scary stuff!”

Read More: This Biker Is Lucky He Was Able to Ride Away from This Extreme Car Crash in Texas

Yeah, man, “scary stuff” is right. Dude’s lucky he only got his right mirror broken and didn’t end up getting catapulted over the car and breaking every bone in his body from the impact.

Now, judging from this guy’s description, you’d think the Hyundai driver was completely in the wrong. While the driver may have run a red light, the fact of the matter is that the biker was going WAY too fast. I’m talking like probably twice the legal speed limit.

So, clearly, both parties are in the wrong here. Though, despite the fact that the Honda driver clearly broke one of the most major rules of the road in running a red light, it’s hard to imagine that the biker would’ve been clipped at all if he hadn’t been flying at that speed.

If you’re out there, buddy, here’s a little pro tip for you: Just. Slow. Down.