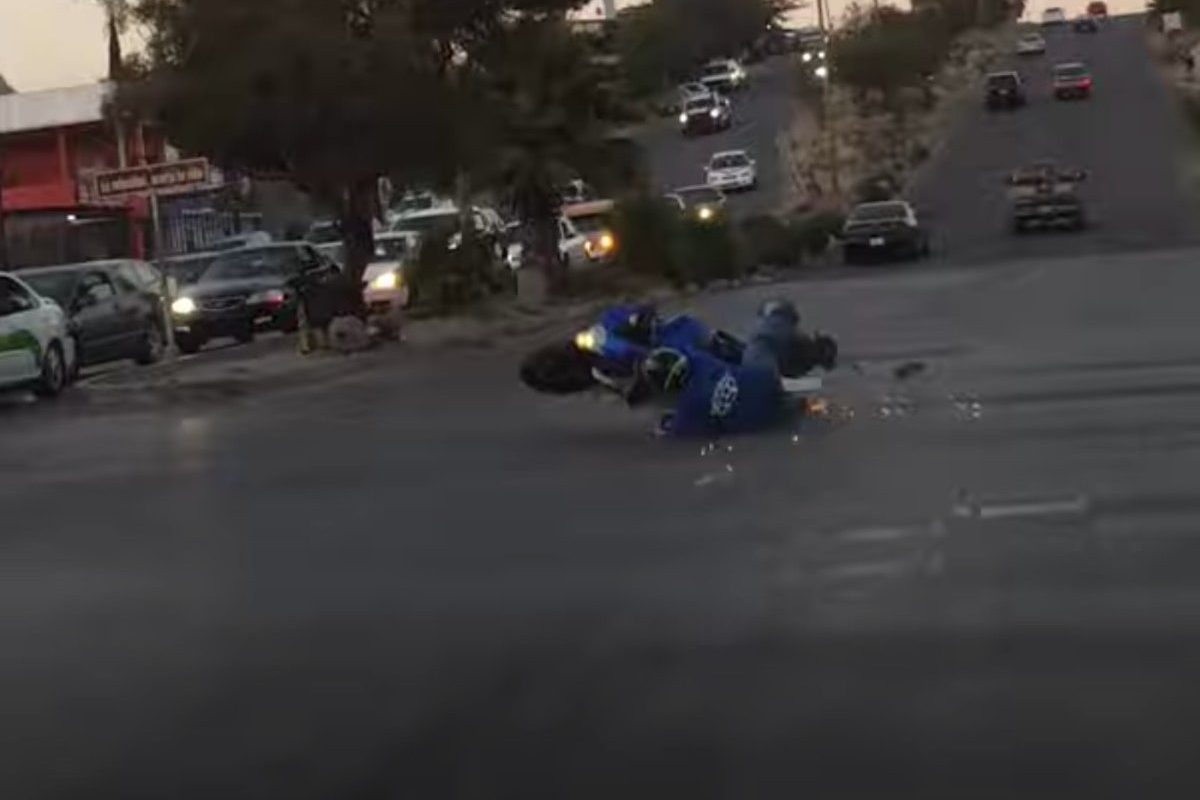 At the risk of oversimplifying things, I’d say that there are two groups that you can categorize motorcyclists into: Showoffs who know what they’re doing and showoffs who don’t know what they’re doing. So, with that in mind, maybe it’s redundant to call the biker in the above video from out of Tijuana, Mexico a “showoff biker,” since if you’re riding in a motorcycle, you’re most likely looking for a least a little bit of attention. But, it’s safe to say of the two groups I’ve just laid out, this dude definitely falls in the latter group.

Read More: This Biker Is Extremely Lucky He Was Able to Ride Away from This Intense Car Crash in Texas

What we’ve got here is 30 seconds of anticipation, followed by about five seconds of soul-crushingly epic failure. What was supposed to be a “hold my beer” moment turned into a “hold me, I’m hurting” moment.

As you can see, the start of the video is filled with so much promise. This guy’s excited to showcase his skill to a captive, stopped-at-a-red-light audience. He wants every driver on all four sides of the street to know that he’s about to do something super cool. For added effect, the biker revs the engine, which has an almost musical quality to it. In the motorcyclist’s mind, it probably sounds like a triumphant symphony, but in reality, it’s his ill-fated swan song.

Finally, the light turns green. It’s our boy’s time to shine! He pulls up into a wheelie, fully torqued over the idea of pulling off a sick stunt and then…OUCH! Straight to the pavement. The crowd goes mild. Pieces of his bike go every which way. The End.