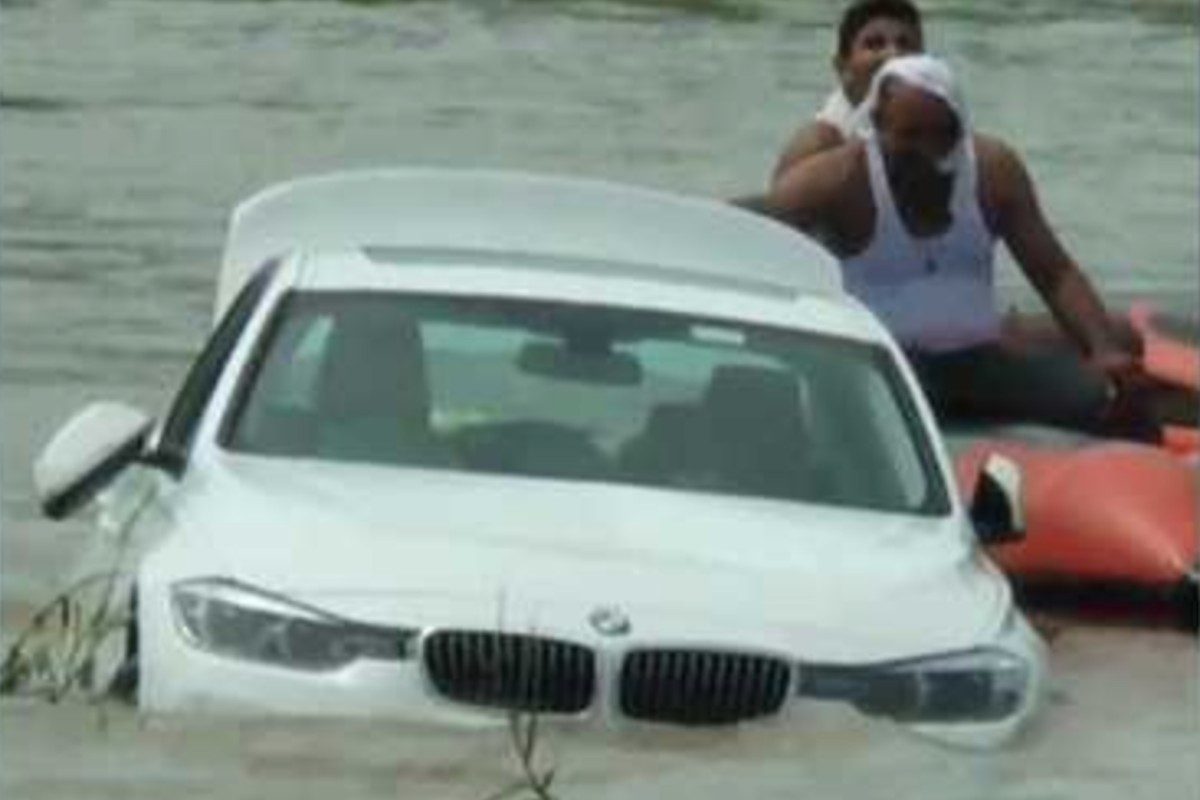 A kid wanted a Jaguar for his birthday. Instead, his crappy parents got him a BMW, because the Jag was way more expensive, and they figured their child would be happy with the merely incredible luxury car instead of an unbelievable one. Sad! So the kid did what any reasonable kid who was handed a cheaper luxury car than he wanted for his birthday would do. He pushed it into a river. Take that mom and dad!

For what it’s worth, the birthday boy in question, a rich kid from India named Akash, immediately regretted his decision. Apparently, there’s something incredibly sobering about watching $50,000 drift away down a river. (That car was worth almost 50 times what India’s per capita household income is, by the way.)

This is, truly, one of the great rich kid tantrums in recent memory, specifically because of how old the “kid” in question is. It’s one thing for an 11-year-old to lose their shit over getting the wrong gaming system to go with his giant TV, surround sound system, and special gaming chair. It’s quite another for someone old enough to drive to figuratively piss and scream in the ball pit at Chuck E. Cheese. What kind of luxury is this guy used to? How many butlers has he gotten into a fistfight with? This is like the beginning of a Disney movie where the protagonist gets turned into a dung beetle and has to learn to be thankful for what he has.

Akash did go into the river after his BMW, though. Like I said, it had to be pretty sobering. Like an, “Oh, damn, I really just did that” moment. It’s unclear if the car still works but that feels like a no. It got pretty deep in the river. Also, does Akash really deserve do have it work?

This article was originally published on Alt_driver’s sister site, Rare