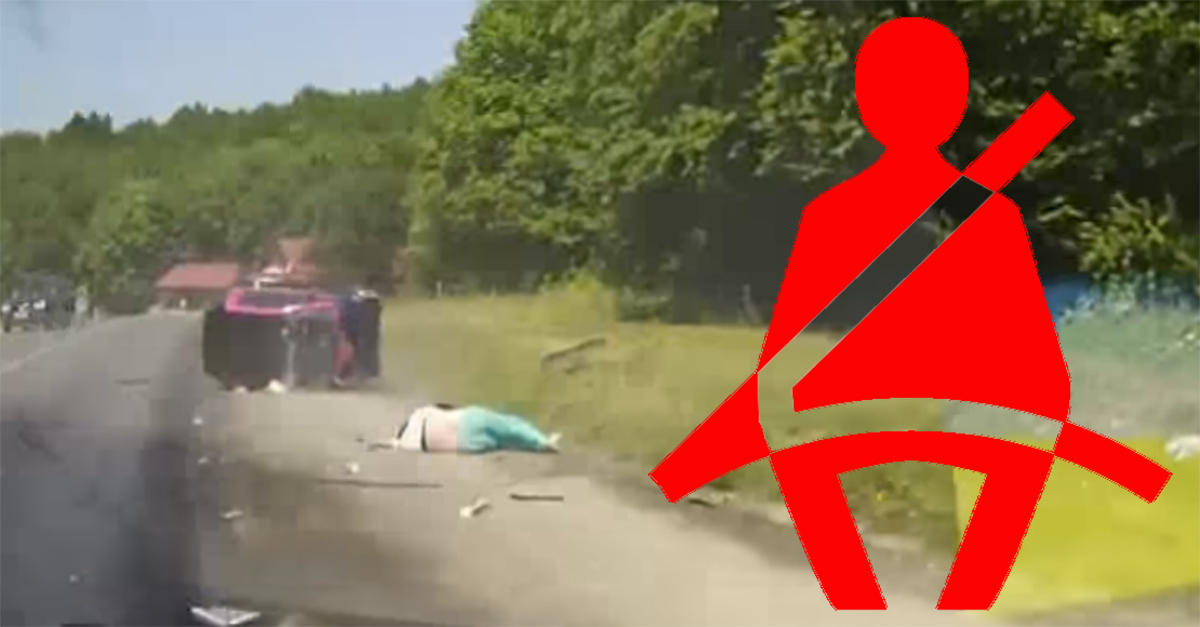 Here?s a real example of why it?s important to wear your seat belt. This video is pretty brutal, but the driver and her passenger miraculously survived.

RELATED: This body camera footage from an EMT shows what actually happens during a heroin overdose ? and it’s horrific

The accident occurred on the Zhytomyr-Chernivtsi highway in the Ukraine at about 12:50 in the afternoon. A 37-year-old driver veered just enough off the road that the back tire of her Smart car hit a pot hole in the shoulder, putting the tiny car into a violent tailspin.

A family in an oncoming Hyundai Santa Fe was on their way to vacation when the Smart car came right at them and totally disintegrated. Without a seatbelt, the driver was ejected across the highway.

RELATED: Watch this trucker shut down a car’s attempt to merge in dramatic fashion

She and her 23-year-old passenger were treated for serious injuries at the Traumatology Department of the Kamyanets-Podilsky City Hospital, according to the press service of the Khmelnytsky regional police department.

It’s truly a miracle everyone survived! And it can serve as an important reminder why everyone on the road should wear a seatbelt, no matter what kind of car you’re driving or where.

This article originally appeared on Rare.

RELATED: This is the scariest bridge in the United States