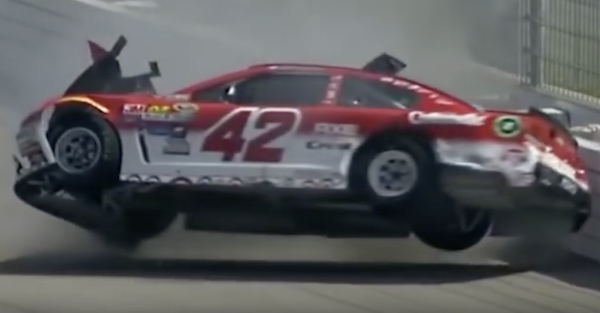 On December 17, 1903 the Wright brothers took flight in the first ever successful gasoline powered aircraft. A mere 114 years later, we seem to have a hard time keeping our race cars from doing the same thing.

In almost every type of racing there is the inherent danger of the vehicle lifting off, and pretending it was born an airplane. As the years progress, technology like roof flaps in NASCAR, and large rear fin and air extractor holes in Le Mans, have helped keep race cars grounded. In the end though its tough to fight physics and as we see in the is video, cars continue to go airborne.

Race track barriers, fences, fire suits, roll cages and seat belts have saved countless lives in racing, but there is still room for improvement. Check out the history of flying cars in this video posted by Donut Media, but be aware you will probably never go see a race live, ever again.