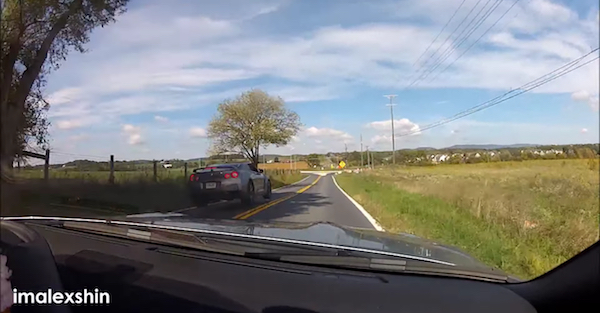 Nissan GT-Rs are apparently all itching to take off and clear the road in some way or another; this one is no exception.

In a rare example of reckless driving squared, a car recording overtakes a slow-going truck on some rural backroad, prompting a wild GT-R, which saw this and took it as an apparent challenge, to speed by and catch some air over a crest. It didn’t end well, but on the bright side, the GT-R nailed a jump that BJ Baldwin would be proud of.