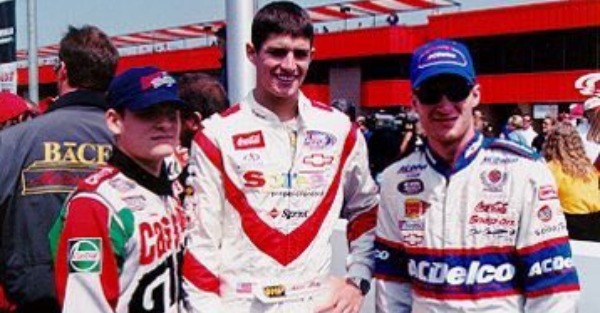 We know Dale Earnhardt Jr. for his tremendous success in NASCAR. What you may not know is the man who drives the No. 88 Chevrolet for Hendrick Motorsports once was in a wreck so bad he was afraid to tell his legendary dad, Dale Earnhardt Sr.

Dale Jr. told the story as he unveiled his paint scheme for the Monster Energy All-Star Race at Charlotte Motor Speedway.

Via Fox Sports, Earnhardt Jr. recounted the wild wreck that crushed his Chevy S-10 pickup when he was a teenager.

He said he was driving home from his job as a service mechanic for a car dealership — he was 18 or 19, he said — when he reached for a CD player and drove off the road. He “hit a driveway culvert and flipped end over end and rolled a couple times.”

He said he got out of the wreck and started walking aimlessly down the road, asking if any of the passerby’s who stopped had a cellphone. He finally found a driver who had one, and he called his dad to come get him.

“Dad laughed because he actually flipped his car when he was 18. So, instead of getting mad and having my butt chewed, we laughed about it and boy did I learn my lesson.”