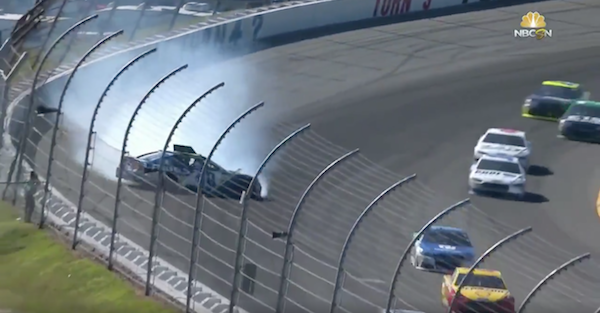 Despite Jimmie Johnson’s three wins on the season, he’s had a rough stretch over the last few races.

Johnson wrecked out late in the Brickyard 400, and he failed to finish at Pocono after colliding with Kasey Kahne early in Stage 2 of the race.

The No. 48 and No. 5 collide, sending @JimmieJohnson into the wall and out of the race!

Related: Tempers flared even among teammates during the tension-filled Brickyard 400

This is the fifth race of the season Johnson hasn’t finished.

Despite the recent string of bad luck, Johnson is still tied for the lead in wins this season with Martin Truex Jr., and he has a chance to capture his eighth Cup championship this year.