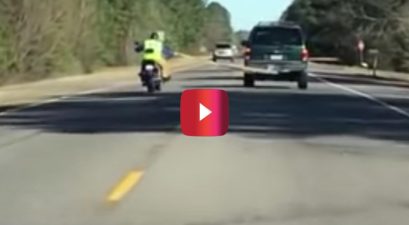 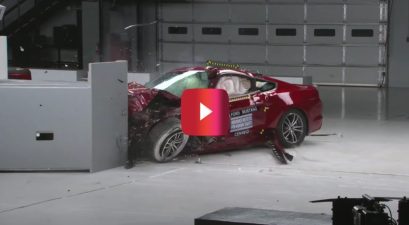 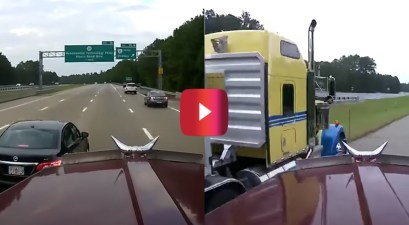 If you’ve ever been to one of those Monster Jam shows, you know that there are plenty of people out there who are capable of doing some pretty amazing things behind the wheel of a monster truck. You wouldn’t think that vehicles that freakishly massive would be able to perform some of the stunts that they do, but those things can pull off wheelies, do sweet double backflips, launch over various obstacles, you name it.

Check out the epic monster truck fail above in all of its slow-motion glory.

Damn. So close, and yet, so far. What we have here is an instance where the driver probably didn’t approach the ramp with quite enough speed for the monster truck backflip attempt, causing it to under-rotate and land square on its roof.

Thankfully, those monster trucks are designed to be pretty safe, so the driver shouldn’t have gotten banged up too bad. The truck itself, on the other hand, look like it sustained a decent amount of damage. But the only thing that ended up hurting the driver after this major gaffe was probably just his pride.

Oh well, you’ll get ’em next time, bud. That is, unless you don’t. In which case, you should probably call it quits on monster trucking.