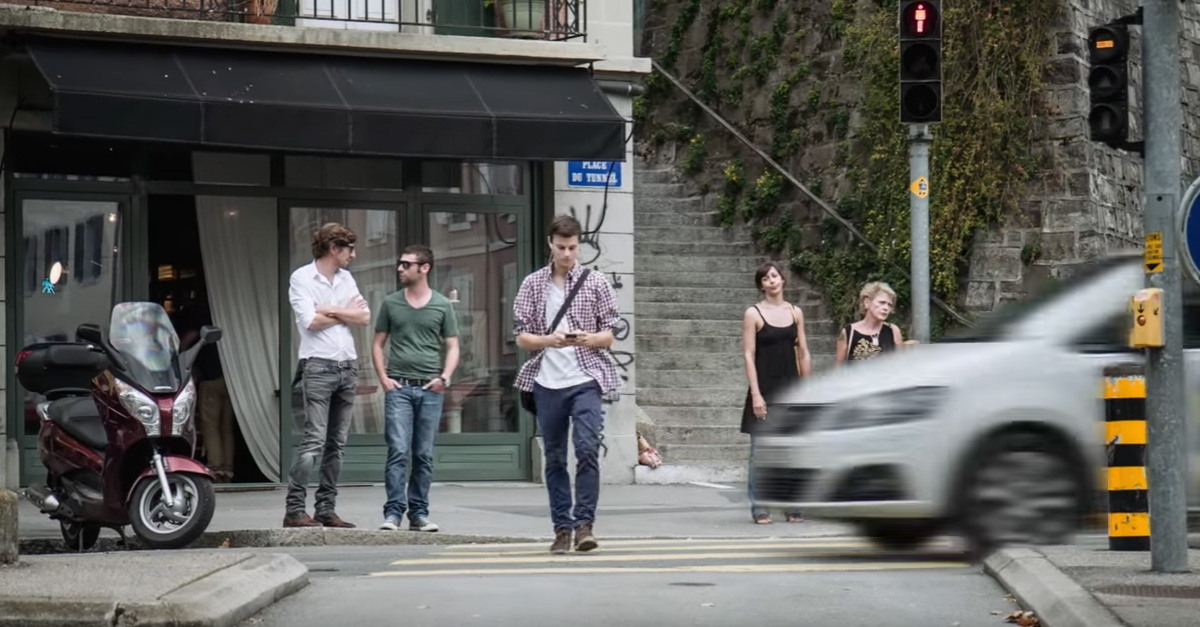 In an unforgiving PSA campaign, one Police department has created a mock ad for a funeral home featuring an idiot and his cell phone. Bystanders scream and wretch after he’s turned into pavement pizza in this brutally honest but mildly funny warning. Pay attention to your surroundings people! While this hit is fake, the danger is real.