Right Place, Wrong Time: Man Gets Hit by Out-Of-Control Car in His Own Driveway 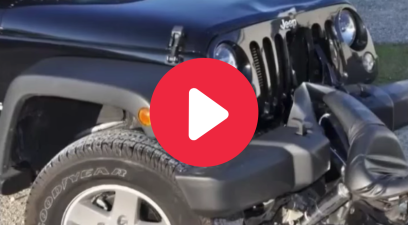 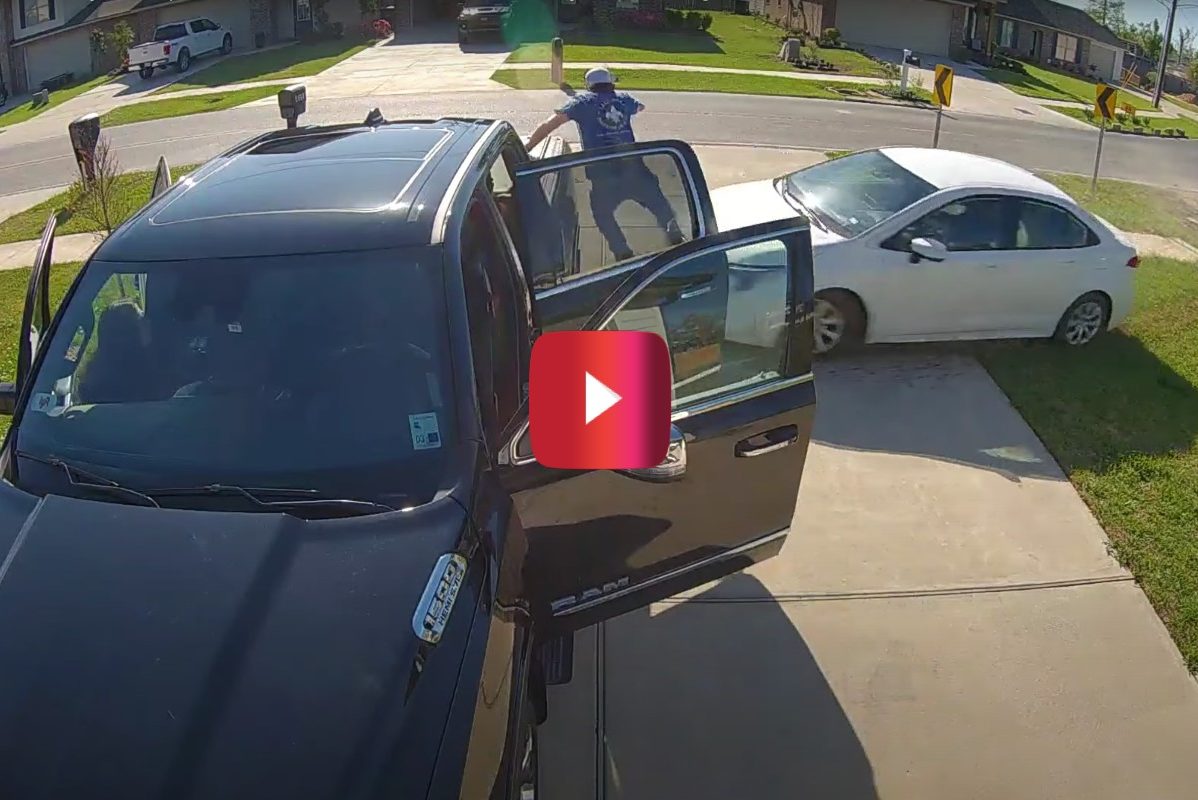 I hope somebody called an ambulance for this father, because he likely needed one after this.

On a normal day in Lake Charles, Louisiana, this guy appeared to have just have arrived home with his daughter, when all of the sudden, an out-of-control driver went off the road, over the lawn, and headed directly toward him.

Check out this crazy video below to see how it played out in real time.

If you watch closely, you can actually see the exact moment this guy first saw the car in his peripheral vision. Unfortunately, at that point, there wasn’t a whole lot he could do, but he damn sure tried anyway. It was difficult to tell which way the driver was going to go, so instead, he showed his quick reflexes by jumping up on the hood just a split-second before impact. Don’t get me wrong, he still gets pinned between the two vehicles for a second, but I think this move is actually what saved his legs from getting totally crushed in the process.

It doesn’t take long before his daughter and neighbors run over to help the man after the incident. As for the driver, well, he’s in a whole heap of trouble. Ironically enough, he was actually listening to a self-help audiobook at the time that this occurred. Listen to what it’s saying, and you’ll hear voice from the radio say, “when you are impeccable, you take responsibility for your actions.” Boy, I sure hope he takes responsibility for his actions on this one, because he’s got some serious explaining to do for what just happened.

Seeing as the father didn’t get up right away, it’s safe to assume he suffered some injuries. That said, things could have been much worse if it weren’t for his fast reaction time. Distracted driving never leads to anything good, so use this as some motivation to stay focused on the road ahead while behind the wheel.