Guys Laughing at Driver’s Troubles Get Sideswiped by Karma 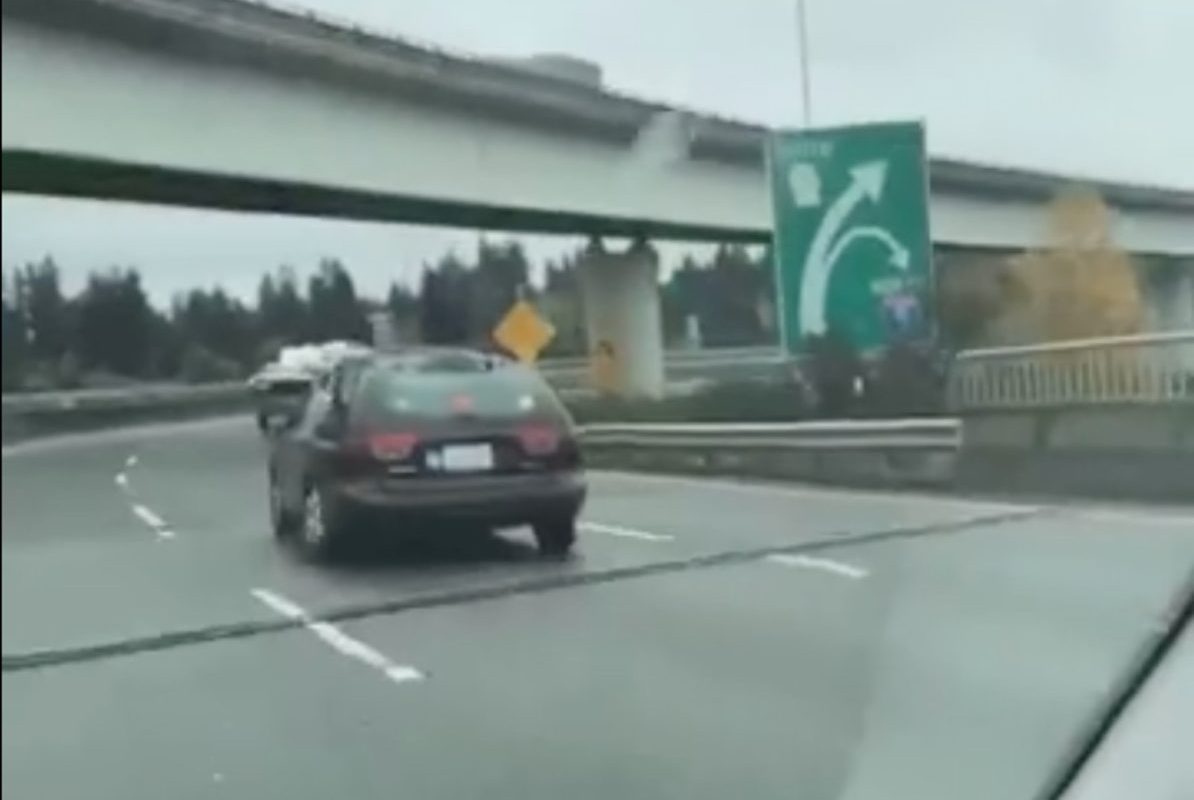 If you don’t believe in karma, there’s a good chance you will after checking out the below footage, because it definitely goes to show that what goes around, comes around.

The karmic car wreck captured in this short video was all set in motion when a driver and his passenger decided to film someone who was having just a little bit of car trouble. Ok, so it was actually a lot of bit of car trouble. The car clearly appears to be on its last legs, with a wobbly wheel and everything. It can barely make it down the highway.

Rather than take pity on the driver in the terrible situation, the two guys in the car behind it decided to laugh at the driver’s plight instead. Well, it so just so happens that right as they were passing the dilapidated car, it decided to break down entirely…and crash right into them.

Read More: This Drunk Guy’s Reaction to Rear-Ending a Driver in Canada Was to Just Keep Right on Drinking a Beer

As you can see from the video, the footage cuts out pretty much right at the point of impact, so it’s unclear as to what exactly happened after the cars collided into each other. Though, I’d put money on the fact that the two dudes in the car that got hit weren’t doing all that much laughing.

Of course, no one deserves to get into a car wreck, no matter what the back story is. But, that being said, I’d guess that these guys learned a valuable lesson about why you shouldn’t laugh at other drivers’ struggles on the road. Or at least not to film yourself doing it.