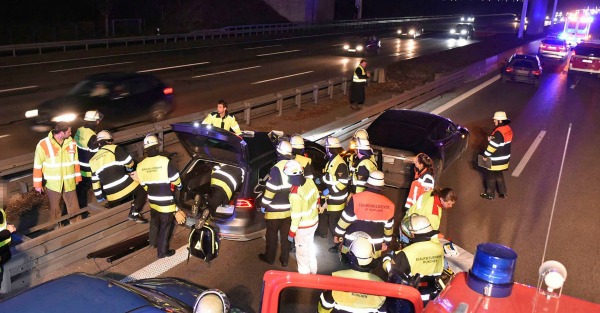 Germans are not typically seen as the warm and fuzzy type, but this hero saved the life of a total stranger even though it required an expensive personal sacrifice. When the Driver of this Tesla Model S saw an out of control VW Passat swerving and bouncing off of barriers, he also noticed that the driver was unconscious. Jalopnik reports that, after calling the fire department, the Tesla driver pulled in front of the out of control Passat and braked until he was able to bring both cars to a stop. The VW driver had likely suffered a stroke and the fire department believes that the actions of the Tesla driver saved his life.

The word “Hero” is thrown around a lot, but a man who didn’t hesitate to sacrifice his $70k dollar car, not to mention the risk of a much more serious crash, for a total stranger is more deserving than most. Luckily, the man won’t be on the hook for repairs.

In appreciation, Tesla is providing all repair costs free of charge and expedited. https://t.co/D68HNJcCoQ