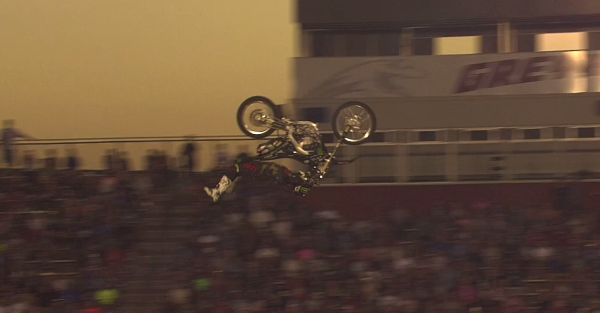 Harry Bink is used to riding a bike, flinging himself in the air, and coming down in one piece. The freestyle motocross rider is an X-games veteran and he’s been trying some of the most difficult maneuvers around, and this one nearly cost him dearly.

As you can  see, Bink up the ramp, flips his bike in the air — and come off it. Somehow, when he hits the pavement, he’s able to land on BOTH FEET.

How he did it is less important than the fact that he did it — and avoided very serious injury.