Cops arrest these two on suspicion of DUI, but that’s just part of this weird story 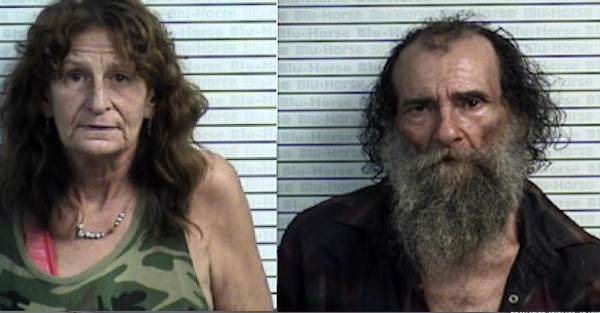 Meet Karen Dowdy and Thomas Prather, as seen in the mugshot here.

Dowdy and Prather are in trouble with the law after a series of events resulted in a beat up car and a fire, according to a report by WPSD-TV.

This is what happened, the Graves County (KY) Sheriff’s Department told the TV station:

Authorities received a call that said a car had crashed and was on fire. When they arrived at the scene, witnesses said the two car occupants had fled the scene.