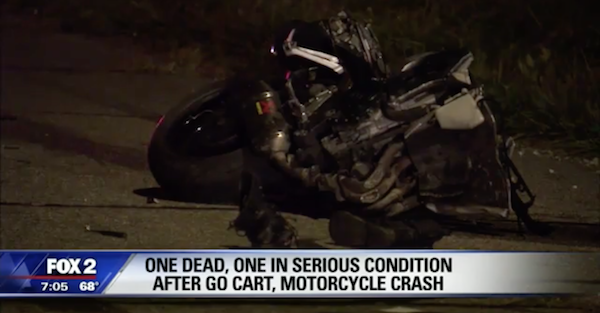 A motorcycle and go kart were involved in a crash in Detroit on Sunday evening, and police believe the crash was a result of street racing.

Related: Car rams pickup on the highway and causes a spectacular crash

“Over the last month, we have followed and tracked anywhere between three to 500 street races around the city of Detroit, primarily on Saturday night about 2 or 3 in the morning,” said Detroit Police Chief James Craig. “It’s extremely dangerous.”

The police are still investigating the details of the crash. Regardless of whether street racing was the cause of the accident, it should serve as a reminder of how dangerous street racing is and how it puts multiple lives in danger.