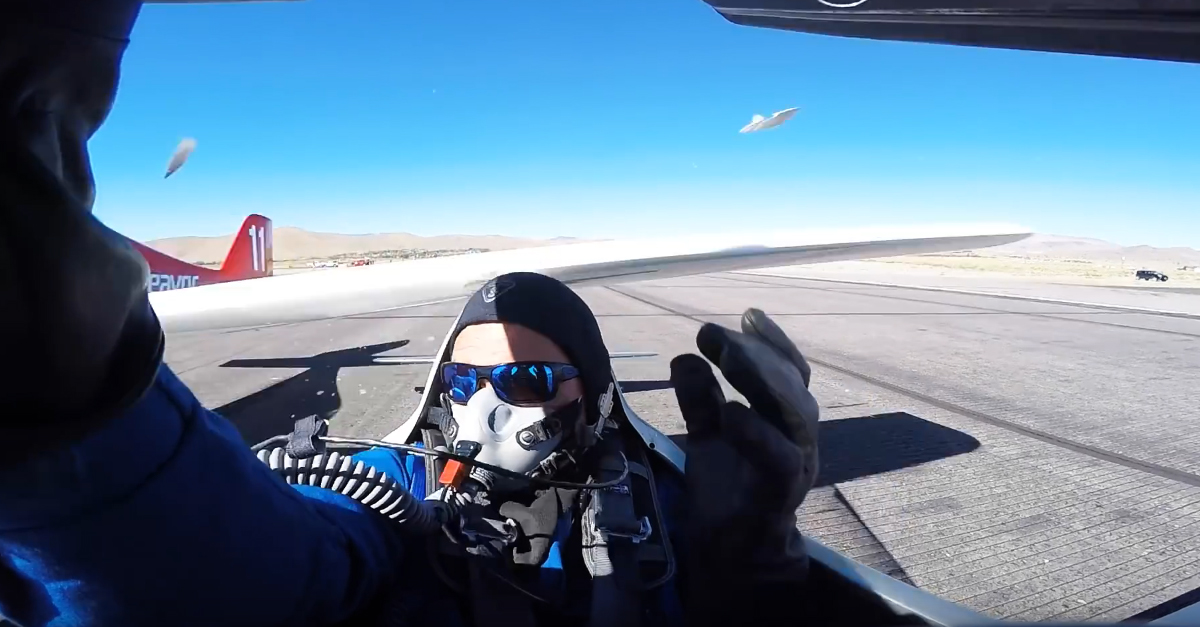 While setting up for his take off during the Gold start of a Formula One Air Racing event, Thom Richard and his plane “Hot Stuff” took a serious hit from a competitor’s wing before take off. Opening his hatch to signal that “Hot Stuff” was experiencing engine issues, the flagman on his row waved to the other racers on his row that he was parked and they needed to move. Unfortunately, the racer behind Thom didn’t see the signal and smashed his wing just millimeters over Thom’s head, shattering his hand which was quickly splinted by emergency crews. Both planes involved suffered serious damage, but thankfully, no other serious injuries resulted from the horrific-looking crash.