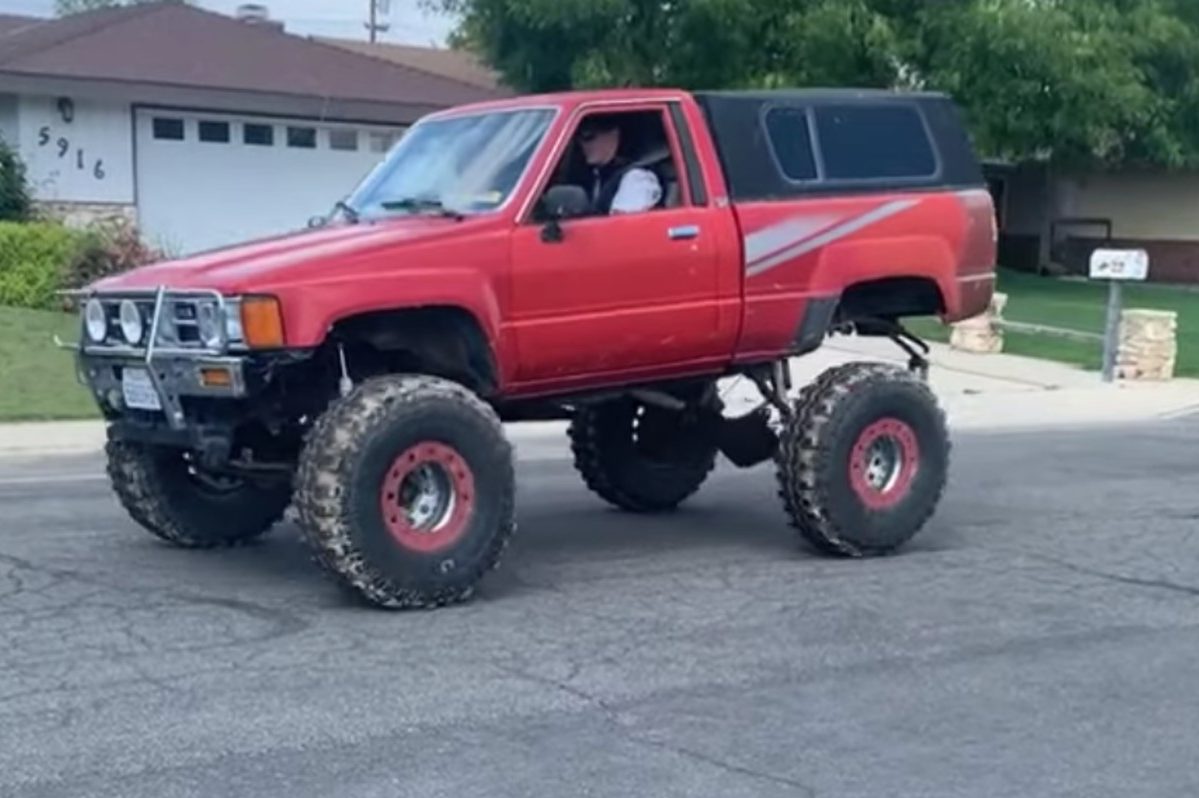 You know, usually when you build an off-road vehicle, it performs well at, you know, off-roading. However, when you try and use it as a sports car, you’ll find out pretty quickly how terribly things turn out. This guy in Bakersfield, California, had to find out the hard way that his truck on massive tires was not the best vehicle to use for doing burnouts.

Check out this short video, and have a good laugh at someone else’s financial pain.

All this guy wanted to do was a little burnout, but things went south pretty quickly. Almost immediately, the giant off-road tires gripped up on the pavement instead of spinning, and we all know where that leads. That’s right, broken parts. He gets some wild wheel hop before his rear mechanical and suspension components decided to peace out. You can literally see the truck falling apart as it hops forward.

So, what was the result of this carnage? Well, he completely destroyed his rear differential, broke the rear shock mounts, and shifted the leaf springs out of whack. That’s certainly one expensive “burnout.” You can see the disbelief in his face as he sits in the driver’s seat and tries to comprehend what exactly just happened. His helpful friend behind the camera respectfully advises that he gets out and checks the damage, which I’m sure he did shortly after this clip ended.

I mean, come on, he should have known that would have happened. It’s one thing if you have a engine capable of spinning those tires, but this guy was likely still rocking the factory four cylinder.

Don’t make the same mistake as this guy. Would you take a Corvette rock crawling? Probably not. Maybe just stick to what that particular vehicle was designed to do best, and you’ll avoid any fiasco like this. But, hey, young adulthood has a way of teaching you some tough lessons.