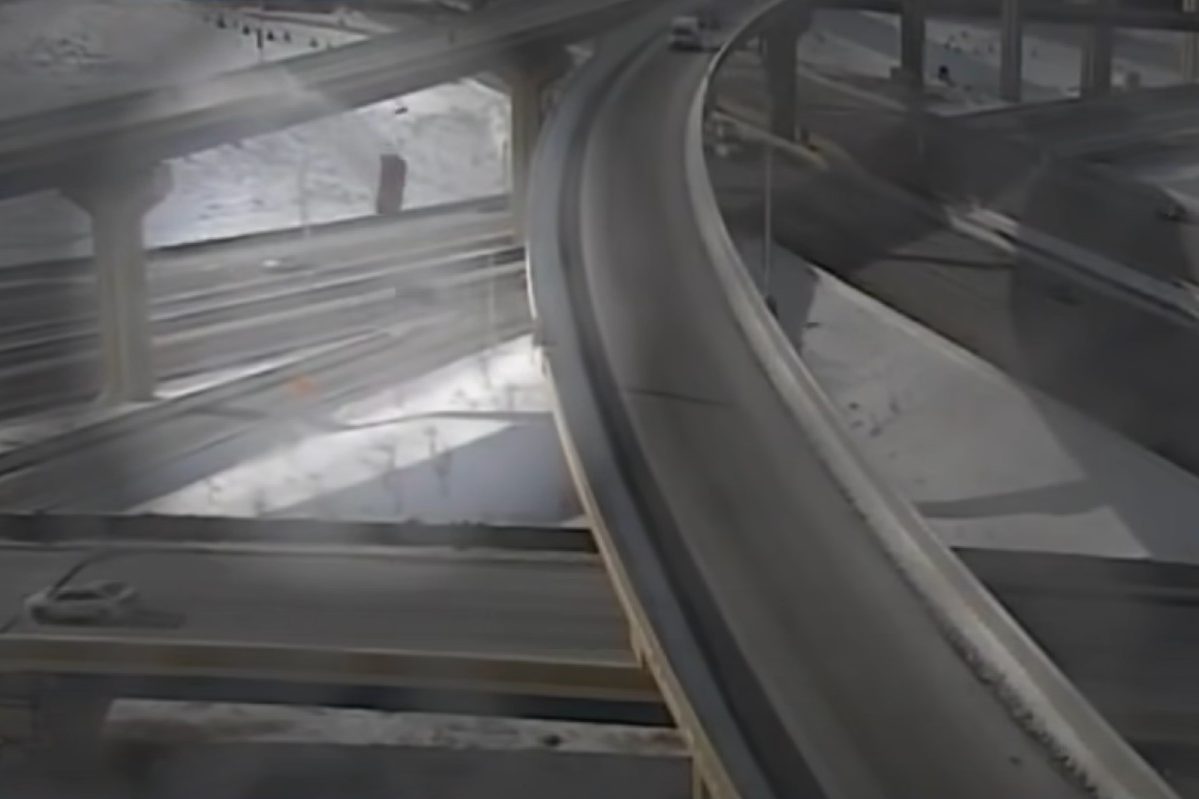 This is pretty much every driver’s worst nightmare. You may have seen lots of clips from the chaos that recent winter weather has caused on the roadways, but this clip is one of the scarier ones that surfaced. A Wisconsin driver was traveling on the interstate, before losing control on an overpass and plunging 70 feet to the road below.

The terrifying incident was captured captured on a Department of Transportation highway camera, which you can see in the news story below.

Snow plows working this area have a two-step system. The first step is to clear the pathway, and the second is to remove the snow. Before removal, these snow piles gather next to the guard rail, nearly turning them into a ramp over the side, as opposed to a wall that can stop a car. That’s exactly what happened with this pickup truck, but by some miracle, this driver actually survived this insane crash. He was in a critical condition after this, but has since provided interviews to local news outlets from his hospital bed.

For being a worst-case scenario, this fortunately didn’t end like one. Even though the truck flips and turns in the air on the way down, it ends up landing on its wheels, facing the wrong direction. The impact alone had potential to cause a fatality, and this would have been a completely different story if the vehicle landed differently. Thanks to some good samaritans, and a police officer that responded promptly, the driver was given the immediate help that he required.

It’s stories like this one that make you realize just how treacherous the roadways can be during the winter season. The danger only multiplies when traveling along an elevated roadway, because these portions are much more prone to freeze. Slow down the speed, and take extra precautions next time you’re forced to travel in these conditions, because no one ever wants to be put in a situation like this.