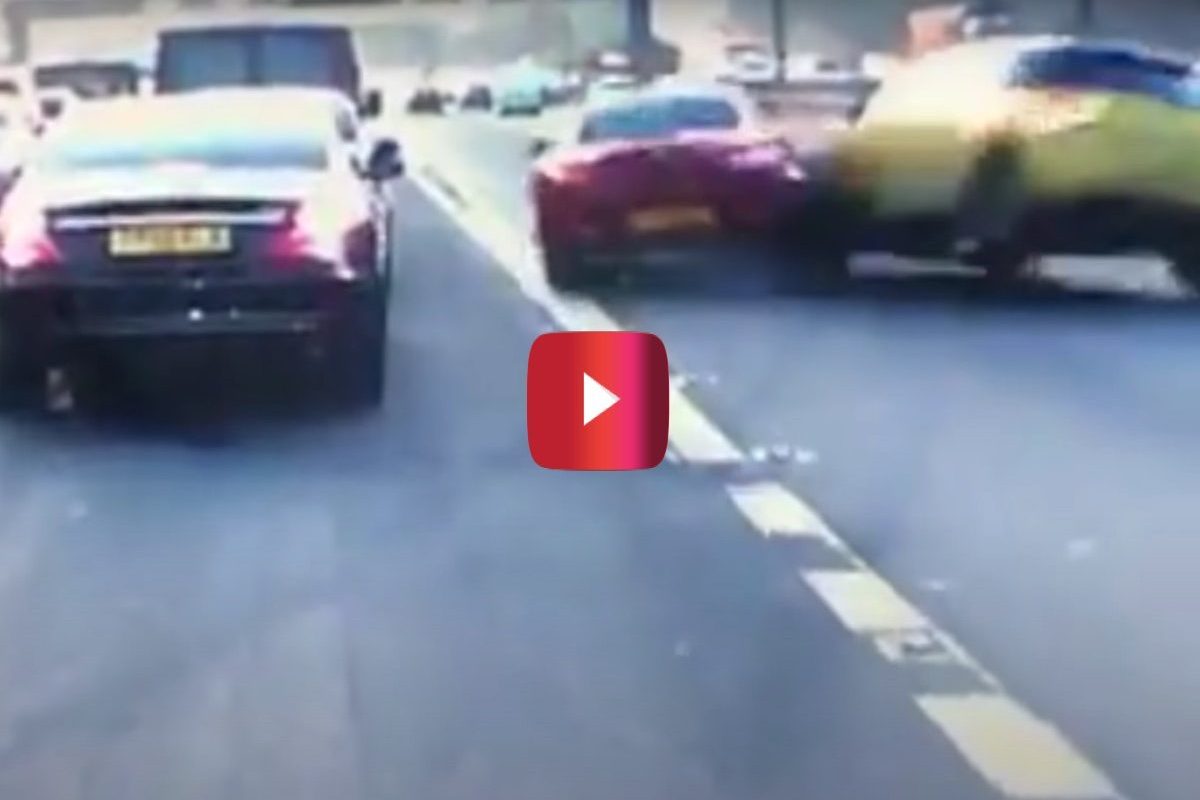 Obviously not every BMW driver is an accident waiting to happen, but incidents like the one shown in the below dashcam video definitely don’t help in squashing the stereotype.

Whether this BMW Z4 driver realized he was in the wrong lane or he just got impatient with the heavy traffic, he decided a lane change was necessary. As you can probably imagine, it all went downhill from there.

Read More: California BMW Owner Gets Sued by His Neighbors for Loud Exhaust and ?Wreckless? Driving

We have to give the guy credit, because he did use his blinker, something that many drivers have completely lost the ability to do. Though, even still, a blinker does not grant invincibility. You’ve still got to do the whole blind spot check and wait for the drivers in the adjacent lane to do their thing before moving on over. Something we all learned (or hopefully learned) in driver’s ed.

In the BMW driver’s case, failure to see or at least judge the speed of the yellow Citroën DS3 led to a multi-car accident, resulting in the hatchback wildly spinning out of control. Then an approaching van speeds into frame and bumps the Citroen out of the picture. It was a whole mess that all could have been so easily avoided.

Let this be a lesson to us all: Patience is a virtue all the time, but especially when it comes to merging into much faster traffic. If you have already made the mistake, at least get on the gas and try to get out of the way.