Police came across a sight no one expects on a highway 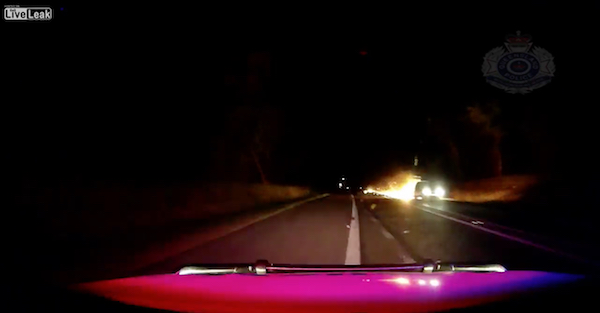 Police dashcam footage almost always turns out to be interesting, and this tape from down under is no exception to the rule.

Queensland police responded to a call reporting that a Holden Rodeo was cruising down the road towing a trailer. The whole situation would seem painfully dull, if it wasn’t for the fact that the trailer was on fire!

The officer who responded to the scene can be seen with the patrol car’s lights flashing as the officer attempted to pull over the car and its ill-fated trailer, which was spewing hot debris all over the road.

The reasoning behind the 49-year-old driver cruising down the street with a flaming trailer is still up in the air, but the man is allegedly helping police continue their investigation.

Related: Dashcams capture an unreal sight in the Michigan sky