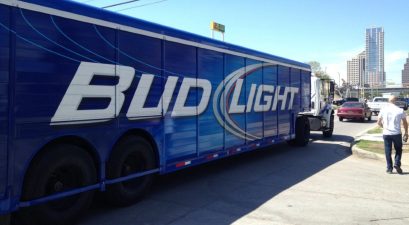 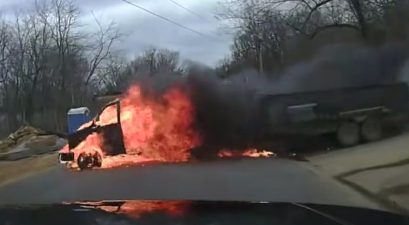 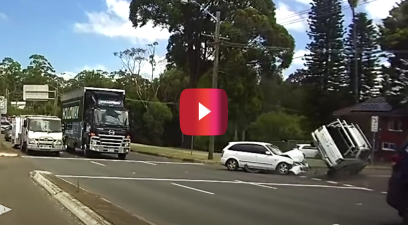 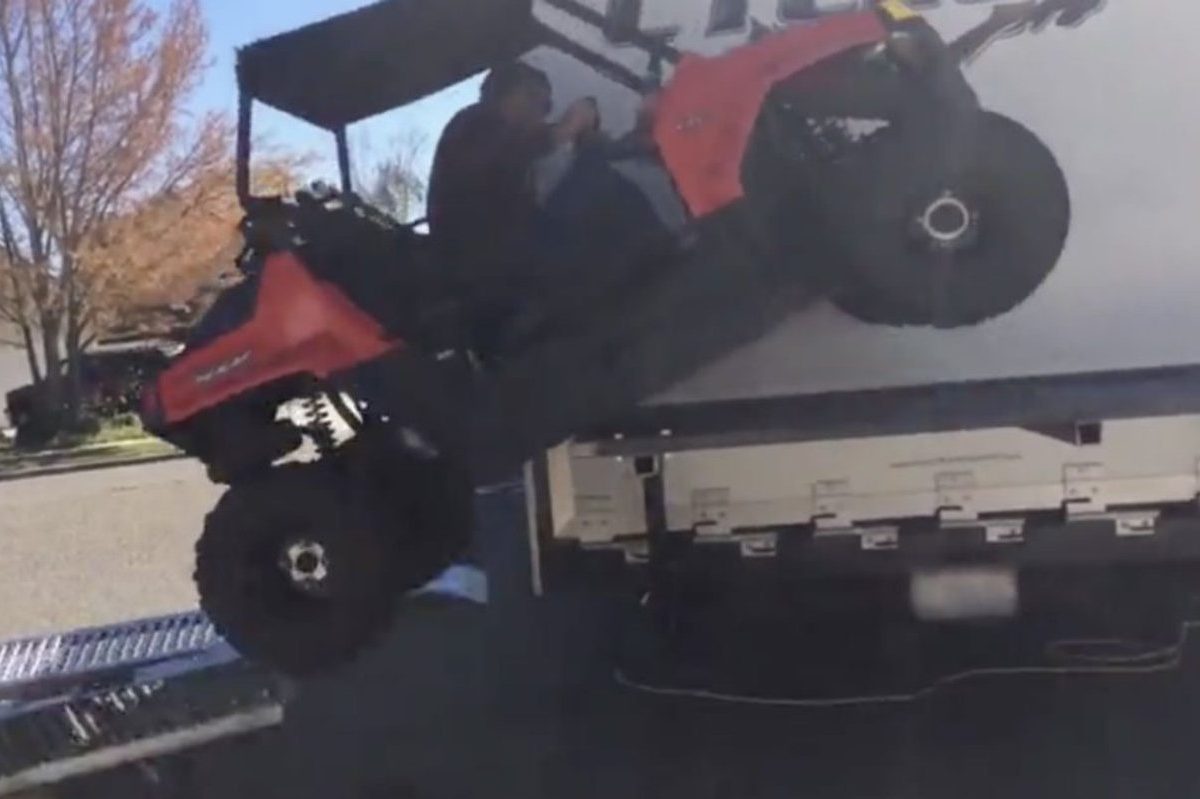 No matter how skilled you think you are or how many precautions you might take, some things just go a lot more smoothly when they’re left for the professionals to handle. One of those “things” is loading ATVs or other heavy machinery. As we’ve shown here a time or two, bad things happen when overconfident loaders try taking matters into their own hands.

Now, you might think that going the whole DIY route would be a lot more cost effective. But, at least in the case of the sorry guy in the below video, attempting to load his ATV by himself ended up being much more costly in the end.

Damn! That did not look like it felt good. Just about as epic of a fail as it gets.

This right here is the look of a guy who’s halfway into a situation that he has no business being in. Up shit’s creek without a paddle, so to speak.

“Am I doing okay so far?” the ATV driver shakily asks.

“So far,” his wife or girlfriend nervously responds.

Yeah, neither of them seemed very convinced, but the guy keeps right on trucking until it all comes crumbling down, and the ATV goes from right-side up to upside down faster than you can say, “Houston, we have a problem.”

Thankfully, when asked if he’s all right, the ATV owner immediately responds, “Yep.” Is it a “yep” dripping with shame and embarrassment? Yep. But, hey, making a fool of yourself is way more manageable when you don’t have any serious injuries.

We’re guessing that next time this dude decides to load his ATV (if he even still has one to speak of), he’ll do the smart thing and just call a company.